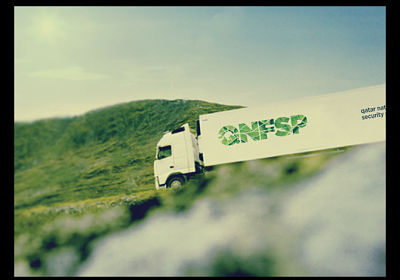 In 1940, about 11,000 people lived in Qatar. Today, nearly two million men and women of every ethnicity and income reside in this state, living at the mercy of imported food.

However, Qatar sits comfortably as the largest global exporter of liquefied natural gas. A majority of residents are foreign workers, with no more than 13% native Qataris. As a result, this 13% – fewer than 300,000 – became very wealthy in the past two decades.

Justin Gengler, an American professor at Qatar University, calculated the annual income for each citizen at $180,000.

The arid region cannot support the recent influx of foreign workers. Limited land and chronic water scarcity restricts agricultural growth and heightens fear of food insecurity. Qatar imports more than 90% of its food and desalinates nearly 100% of its water. Today, it faces an agricultural trade deficient of $1.2 billion.

Dependence on wealth from natural oil and gas cannot sustain the state, as it combats degraded soil, difficult climate, and a lack of irrigation water.

Robert Siegel of NPR reports, “The way the Qataris see it, it’s a fair match, paying for the best technology to triumph over the most adverse natural environment.”

Technology ties the principles of growth and sustainability together. At the Ministry of Environment, Fahad Al-Attiya hopes to transform Qatar from a hydrocarbon-based economy to a knowledge-based one.

A seven acre farm sits 12 millimeters from Doha. Trees and several greenhouses form a protective ring around the farm, as harsh winds threaten the crops. The farm rests on the very limited source of fresh groundwater.

Nearly 60% of residents live in Doha, relying on desalinated water. Farmers, however, depend on aquifers. More than a century ago, water flowed freely. Today, farmers and consumers have overdrawn their aquifers and exhausted the water supply.

The QNFSP intends to equip farmers with more efficient irrigation technology, placing Qatari farms on par with those in more favorable climates. At this time, only one percent of total land is cultivated and farms declined by 30% in the past five years. However, by 2030, the state aims to produce 40% of its food domestically.

Around 50,000,000 cubic meters of water from rain and underground channels remains and though this can sustain the state for two or three years, it needs more long-term solutions.

The state continues to grow by 15% annually and consumes more water than any nation in the world. However, rainfall in Doha totals a mere 74 millimeters per year. Consequently, it must rely heavily on energy for the desalination for water.

Though the global economy values gas and oil, Qatar serves as a reminder to all: without access to water, the threat of food insecurity and poverty persists.