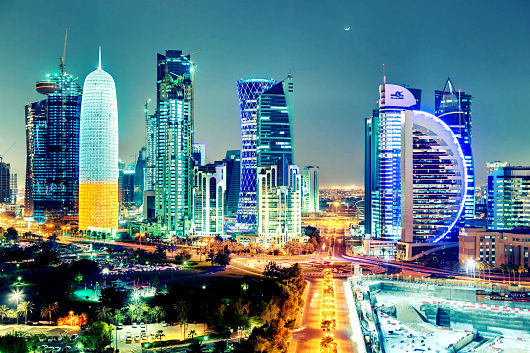 With an alphabet soup of measurements available to analyze global wealth, identifying the world’s richest country becomes a confusing task. Perhaps the most prevalent method used to assess the relative wealth of nations is Gross Domestic Product (GDP) per capita; in other words, a country’s GDP divided by the number of people living in that country.

If we accept this statistic as the most useful in discussing a nation’s overall prosperity, then the richest country in the world is one smaller than the state of Connecticut: the oil-rich nation of Qatar. Qatar has the world’s highest GDP per capita, estimated to be $105,091 in 2013 and likely on the rise.

Independent since 1971, Qatar is home to 1.4 million residents, of whom only 15 percent are actually citizens. The rest are foreign workers – Western financiers, energy executives, temporary laborers from India, etc. This makes Qatar’s exact population difficult to calculate as it is in constant flux. The U.N. estimates that 500 new immigrants arrive every day. Only 1.5 percent of the population is over the age of 65, and there are nearly two males to every female. It goes without saying that living in the world’s richest country comes with extensive benefits; the people of Qatar enjoy free electricity and free healthcare, among other perks.

Qatar’s capital city of Doha is regarded as exceedingly opulent, and its luxury is often compared to that of Dubai. The major difference between Doha and Dubai, however, is that Dubai is finished. Qatar remains a country in transition. The country’s leaders look to the future, purporting a “2030 vision” that pledges a world-class infrastructure, a large part of which is an extensive metro network that recently had its ground-breaking ceremony. In 2022, Qatar will be the host of the World Cup, the pageantry of which will likely reflect the country’s progress.

To put the GDP per capita of Qatar in perspective, the 2013 estimate for the same statistic in the U.S. was $51,248. At the complete other end of the spectrum is the Democratic Republic of the Congo, whose GDP per capita was estimated to be a meager $394.

Not everyone in Qatar is bathing in gold, however. The country’s economic prosperity is marked by a vast income gap between the very rich and the very poor. The head of the Al Thani ruling family, Sheikh Hamad, is worth $2 billion himself, but the richest Qataris like the Sheikh make over 13 times what the poorest do.

This statistic comes from a measure known as the GINI Index, a commonly used method of assessing income inequality. One might argue that this measure is more reflective of a country’s overall wealth because it takes into account income distribution – GDP per capita oversimplifies the issue. Others might suggest that a country’s overall GDP is the most useful in identifying the richest countries in the world. The answer to the question of world’s richest country changes depending on what statistic is employed.

Perhaps most important, what the GINI Index suggests in comparison to GDP per capita is that even in the world’s statistically richest countries, there are people in poverty whose struggle cannot be disguised by a vague number. 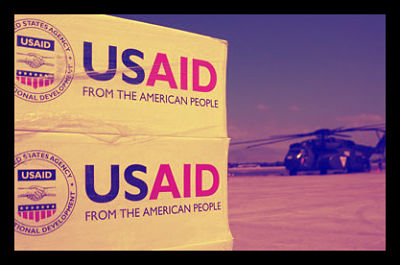 So, how are the wealthiest countries in the world combating global poverty?

In 2002, the world’s leaders got serious about ending world poverty. At the International Conference on Financing for Development in Monterrey, Mexico, each country agreed to dedicate 0.7 percent of its national income to international aid. If each of the 22 leading countries were to adhere to this agreement, a total of $200 billion a year would be invested in foreign aid. However, this goal has yet to be reached.

In 2005, the top richest countries in the world committed a total of $106 billion to foreign aid – $119 billion short of the 2002 target.  Each country dedicated an average of only 0.33 percent of their national income to international aid. The U.S. ranked second to last, with an investment of only 0.22 percent. The country in last place, Portugal, dedicated 0.21 percent.

However, there are five countries that have already met or surpassed the 0.7 percent goal. Starting with the largest contribution, they are:

What is the big deal about .07 percent?

Why is the U.S. trailing behind the fight against global poverty?

Americans support investment in foreign aid. As one of the world’s wealthiest and leading countries, we can do better than second to last. It is time our values as Americans are accurately reflected in our national budget. Contact your congressional leaders today to voice your support in investing in foreign aid. Here’s a place to get started: Call Congress.