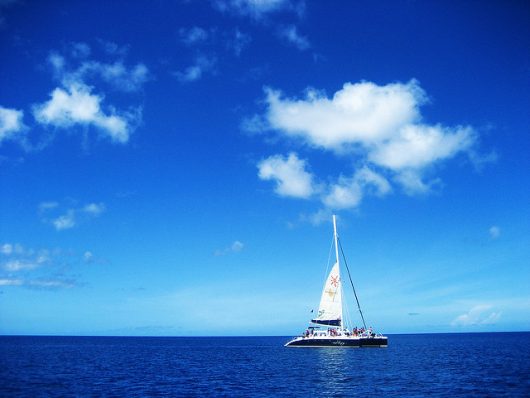 The island country of Barbados is known for its sun, clear beach water and for being Rihanna’s country of origin. The decent cost of living in Barbados and its wealth are also relatively well-known. At the time of publication, one Barbados Dollar (BBD) is worth 50 cents in U.S. currency.

Food
Numbeo is a database of user-submitted information detailing the costs of living in cities and countries worldwide. According to its indexes, the cost of food in Barbados is fairly inexpensive. In Bridgetown, the capital of Barbados, the most expensive market items are a gallon of milk ($23.08 BBD/$11.54 USD) and a mid-range bottle of wine ($32.50 BBD/$16.25 USD).

Transportation
Expatistan is a site devoted to giving expatriates reliable data for the costs of living. It lists the price of a new small car with no extra enhancements (specifically the Volkswagen Golf 1.4 TSI 150 CV) in Bridgetown as 81,881 BBD ($40,941).

A monthly pass for public transportation will run someone about 81 BBD ($40).

Education
In Barbados, education at government-run schools is mandatory and free through the secondary level (this includes children ages five to 16). Parents have the option of enrolling their children in a public school, but they will incur various fees, the most expensive of which is around 15,000.00 BBD per term (or $7,500).

Because of this education system, the country’s literacy rate is a stellar 99.7%.

Overall, the cost of living in Barbados is one element that earned the island country its status as the Eastern Caribbean’s most developed and wealthiest country.