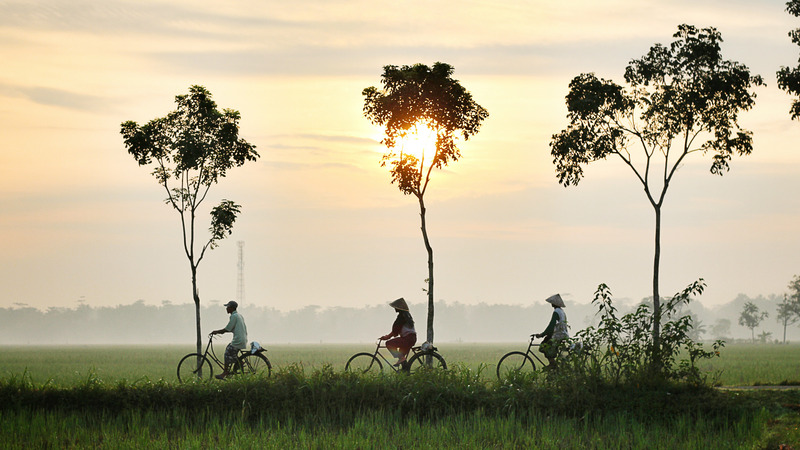 It is a well-known fact that China is one of Asia’s -and the world’s- wealthiest nations. In the past two decades, China has made strides in eliminating poverty by reducing 60 percent of the population living in extreme poverty in 1990 to 10 percent in 2010. However, using the Gini coefficient, an inequality measurement that ranges from 0-1, where 0 means complete economic equality and 1 means the richest person has all the income, wealth inequality in China verges on 0 .5, with 0.4 being regarded as the international warning level of dangerous inequality.

The rising average income of 21,586.95 yuan or about $3,142.11 is not as realistic, however. The median income for China is 18,371.34 yuan or about $2,674.06. The downsizing of poverty and growing economy has not impacted all parts of China equally. There is still a large amount of wealth inequality in China. Depending on the region and type of economy, certain areas make more than others. According to 2015 data, Shanghai and Beijing, both very urban areas, make almost 50,000 yuan each, while the poorer, rural areas like Xizang, Gansu, and Guizhou make less than 40,000 yuan combined.

When data like living standards and housing prices are compared by province, there is a stark disparity between the economic conditions of rural and urban areas. Urban areas tend to make much more money than their rural counterparts. Along with this, despite rapid urbanization, 50.3 percent of China’s population, almost half a billion, is rural.

The Role of Education and Finance

One of the underlying causes of wealth inequality in China is the lack of education. Many rural areas lack access to schools and higher education, so although there is a large amount of higher-level jobs available, many Chinese cannot lift themselves up academically in order to access these jobs successfully. Because of this, rural Chinese are more likely to have lower-paying jobs or be self-employed in agricultural jobs. Thus, they will not make as much money.

Another cause of wealth inequality in China is that food costs are more. The Engel coefficient, which works the same as the Gini coefficient but measures food costs, is lower for urban areas than rural areas, even though urban areas have higher gross incomes. Housing is also less expensive in urban areas, leading to a higher surplus of disposable income for already-wealthy urban inhabitants.

According to China’s banking regulator, at least 50 counties in Tibet, Yunnan, and Sichuan are unbanked, which means they even lack access to banks and financial services. Rural Chinese lack a lot of other basic resources like cars and clean water as well.

While it may seem like not much is being done to help the rural poor, some policies are being put in place by China to address the issue. In 2013 China started its “35 Point Plan” also known as the Income Distribution Plan. It has goals to increase the minimum wage, spend more on public education and affordable housing, and provide overall economic security. In 2006, the Chinese government also abolished the agricultural tax and prohibited local governments from collecting fees. Social welfare policies and taxation reform, along with policies to improve the equality of education combined have slowly but steadily decreased the Gini coefficient to below 0.5 from 2008, which was its all-time high.