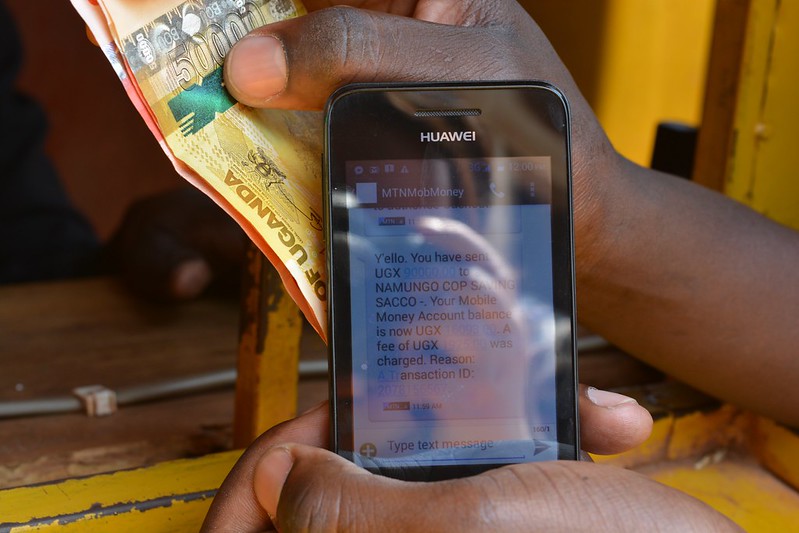 Originally designed in 2007 as a way around weak and unreliable banking services, mobile money has expanded across Sub-Saharan Africa with full force, with 1.35 billion mobile money accounts processing $1 trillion in transactions every year. What started as a simple peer-to-peer money transfer platform has transformed into a legitimate financial service in itself. Now, it is providing loans and savings and both commercial and humanitarian cash transfer systems. The convenience of mobile money has allowed many the freedom to pull themselves out of dire financial situations. Here are four benefits of mobile money in alleviating poverty in Sub-Saharan Africa.

Mobile money began when Vodafone’s Safaricom launched M-PESA in 2007. It is a platform that allows the transfer of money between mobile phones after being installed into the devices’ SIM. Whilst originating in Kenya, M-Pesa expanded to 10 countries in 10 years, with many other mobile money companies cropping up along the way, including OPay and Wave. Mobile money’s popularity lies in allowing people to make financial transactions without connecting to the banking system.

Technology is particularly influential in Somalia, which saw the breakdown of its financial system after the collapse of the Somali Central Bank in 2013. However, it was saved through the introduction of technology. With mobile payments free to access, marketplaces could flourish and businesses could interact with one another.

The convenience and efficiency of mobile money transactions can also be a saving grace for families experiencing unexpected difficulties, such as natural disasters and sudden health issues. One study found that Kenyan households with M-PESA did not have to reduce their spending on food or education in response to negative events, as they were better able to receive fast money transfers from family and friends. In contrast, families without M-PESA had to withdraw their children from school to pay for health expenses.

Access to mobile money means more freedom within the economy. Besides, technology has provided many women with the opportunity to change occupations. One study concluded that with M-PESA, 185,000 women moved from agriculture to retail, according to J-PAL. Mobile money also boosted consumption and lifted around 2% of Kenyan households out of poverty – especially female-headed households, as it drove up levels of savings and labor market outcomes.

Mobile money also facilitates easy foreign aid for those facing hardship. The U.K. government is set to send £15.5 million to GSMA Mobile for the Humanitarian (M4H) Innovation Programme this year. It will help reach over 17 million people facing humanitarian crises such as displacement and hunger. The program has already provided over 8 million people with disaster-recovery services.

Togo is another example of the utilization of mobile money for humanitarian aid. Its government launched a digital mass payment platform called NOVISSI at the start of the pandemic. NOVISSI allowed for beneficiaries to receive payments within minutes and without the internet, distributing $34 million to a quarter of its adult population.

With the benefits of mobile money in Africa, people increasingly connect with each other, gaining more freedom within the economy and more financial stability. Technology has allowed millions to gain independence and build better lives.