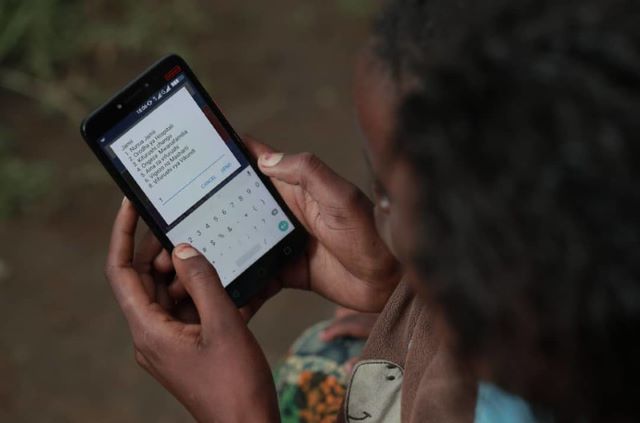 As the world becomes more technologically advanced and digitally connected, access to technology remains an issue, especially in developing countries. More so, the digital gap between women and men continues to expand, with 300 million fewer women than men using mobile internet, creating a 20% gap. The lack of access to digital devices for these women means being denied essential services including employment opportunities, financial resources, educational resources and medical information. There are several global initiatives trying to bridge the digital gender gap between women and men.

In Kenya, women are 39% less likely than men to have access to mobile internet despite women making up 51% of the Kenyan population. Safaricom, a mobile network in Kenya, therefore created a partnership with Google to offer an affordable smartphone, the Neon Kicka with Android GO, compromising 500 megabytes of free data for the first month. The mobile network believes that empowering a woman empowers an entire community and focuses on the following three barriers: affordability, relevance and digital skills. The company ensured that the price point was the lowest it could be and featured important content including access to health information and educational content to highlight the smartphone’s daily relevance for women. Safaricom recognizes that many women are not familiar with Gmail accounts and therefore developed a guide covering the basics of smartphone use.

Togo, a country in West Africa currently run by its first female prime minister, launched a digital cash transfer program called Novissi. Its goal is to provide aid to informal workers during the COVID-19 pandemic, covering residents of three urban areas under lockdown. Many underserved women tend to be excluded from COVID-19 relief digital cash transfer programs launched by governments since they either do not have access to digital bank accounts or are uninformed. Through Novissi, women receive a monthly sum of $20, whereas men receive $17, to support the cost of food, communication services, power and water. The three additional dollars allocated to women account for the fact that women are more likely to be informal workers and take care of a family’s nutritional needs.

It can be challenging for women to acquire the identity documents necessary to open accounts with service providers. In Somaliland, Telesom created a simplified know-your-customer (KYC) account, allowing women that do not possess an ID to sign up for mobile money services. The service solely requires a name, date of birth, image and contact details, favoring accessibility and reducing the digital gap between women and men.

In Nigeria, women and girls are denied access to technology due to the fear of moral decline that accompanies the widespread culture. Equal Access International recognizes the need to address societal norms for women and amplify women and girls’ voices. In an effort to do so, Equal Access International partnered with a local radio station in order to create a show that tackled cultural taboos and promoted women and girls using digital technologies. The episodes last 30 minutes and cover weekly themes including common misconceptions about the internet, internet safety and moral arguments regarding women and the internet.

Despite a digital gender gap that exists between women and men, organizations around the world are making an effort to foster a sense of inclusion and empowerment for women and girls to become familiar and encouraged to take on the digital world that is constantly emerging.