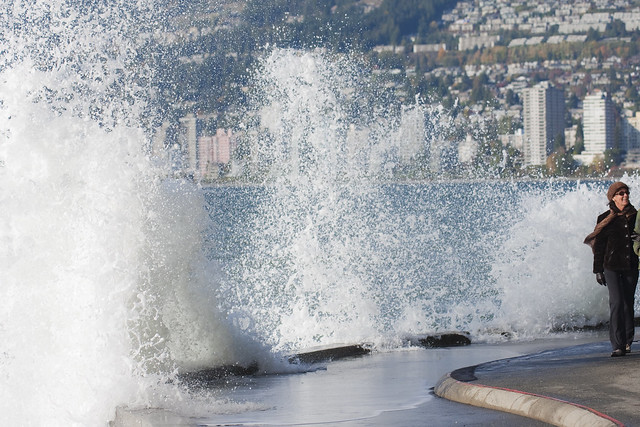 Rising standards of living and increased populations mean one thing; developing countries will need to greatly increase their capacity to produce energy. Electrical grids are inefficient in most impoverished nations. This creates an opportunity for countries and local communities to adopt renewable sources to meet growing electricity demands.

Interest is increasing in renewable energy and the positive impact it can have on developing nations. The excitement surrounding renewables emphasizes the growing efficiency and effectiveness of solar, wind and, to a lesser extent, hydroelectric power. There is another renewable energy option—wave power—which offers a consistent source of power with relatively high efficiency.

Over 40 percent of the World’s population lives on a coastline. Widespread coastal access translates to a vast reserve of untapped energy. New technology can harness this energy. On a local scale, wave power could support micro-grids that generate and distribute electricity for small communities. Additionally, developing countries stand to benefit, as ocean-produced hydro-energy is remarkably cost-effective.

Historically, wave and tidal power appeared too fickle to approach as an energy source.  However, as wave technology progressed in recent years, the prospect of extracting energy from ocean waves became increasingly enticing. Unlike solar panels and wind turbines, which may shut down from too much cloud cover or a lack of wind, wave power generators consistently generate electricity at a higher average availability.

Companies have begun to engineer wave generators that can be installed on shorelines to further improve affordability and efficiency in energy production. This convenience factor means that once the generator is installed, it can be largely left alone to generate electricity at a more consistent rate than wind and solar power.

Additionally, many poor rural communities still wait for access to large government power grids. In these cases, smaller micro-grids provide the opportunity for communities to distribute power to local households. These micro-grids could act as the most cost-effective solution to small-scale energy delivery to 70 percent of unconnected houses. Wave power stations hold the potential to provide consistent energy to newly constructed micro-grids.

However, the wide-spread implementation of wave power is not quite here yet. Even still, companies are rapidly developing technologies that can be installed and maintained close to shore. These companies are building prototypes all over the world. One company, in particular, Yam Pro Energy, installed a large wave power generator on the coastline near Accra, Ghana.

Yam Pro Energy’s wave power generator will generate up to 180 megawatts of power and serve over 10,000 households.

This station will operate around the clock and can generate a thousand times more kinetic energy than local winds. The power station can fill 65 percent of local yearly energy demands, whereas wind turbines and solar panels could only generate between 22 to 24 percent annually.

The potential benefits of wave power are immense. With the increasing durability of energy stations, the positive impact of a wave power generator on an impoverished community could be enduring. The case of Ghana illustrates how effective wave power can be. The renewable energy source offers a small part of the solution to the cycle of poverty in many countries.