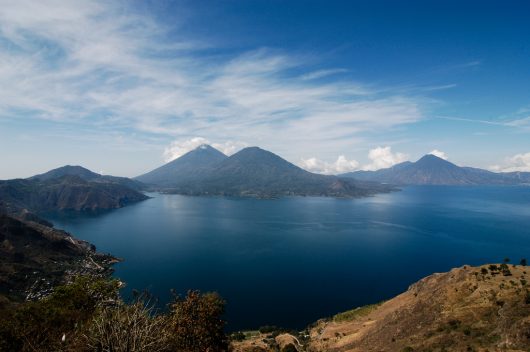 Water quality in Guatemala has become an increasingly important issue because the country is facing one of its worst droughts in decades. The drought has reduced access to clean water, and poor water quality has resulted in the spread of waterborne illnesses throughout the country. Additionally, this lack of water means immense food shortages and increasing malnutrition among children in Guatemala.

Approximately 43 percent of Guatemalan children under the age of five are fatally malnourished, and among rural Guatemalan children this number rises to around 80 percent. It is in rural areas that the drought has the strongest effect, as there is less access to clean water and there are more stagnant bodies of water that increase the spread of disease.

Due to the drought, Guatemala’s disposal of solid and liquid waste in local bodies of water is having a larger impact than ever. With limited quantities of clean water, the waste that is deposited in rivers makes the spread of disease and infection in the population even more rampant. Access to clean water is a major issue facing the country, but there have been some strides in resolving it.

Guatemala was able to reduce the percentage of citizens without access to drinking water to 50 percent, which met the 2015 Millennium Development Goal for access to clean water. In 2016, 93 percent of Guatemalans had access to non-polluted water, which is an impressive statistic.

There are also nonprofit organizations working to improve water quality in Guatemala. Water for People is an organization that focuses on providing clean water to certain communities in impoverished nations. They currently have a number of projects running in Guatemala, one of which is the Everyone Forever program. The program pledges to provide water and sanitation to every single person in those communities, forever. This is a very ambitious project, but it is also incredibly important.

In addition to simply providing clean water to those in Santa Cruz Del Quiche, or San Bartolome Jocotenago, Water for People creates a model that can be replicated by governments to provide water and sanitation for all parts of the nation. The organization also has programs for watershed management and school programming related to water sanitation.

There are also, of course, programs set in place by United Nations agencies such as the Pan American Health Organization, UNDP, and UNICEF. These organizations put in place measures that will raise the living conditions of people in poor communities, primarily through improving water sanitation systems.

Ultimately, water quality in Guatemala is a major issue, but there are improvements being made. Through collaboration between NGOs, the Guatemalan government and United Nations agencies, the issue of water quality and access in the country will hopefully be resolved soon, improving the quality of life for all of its residents.