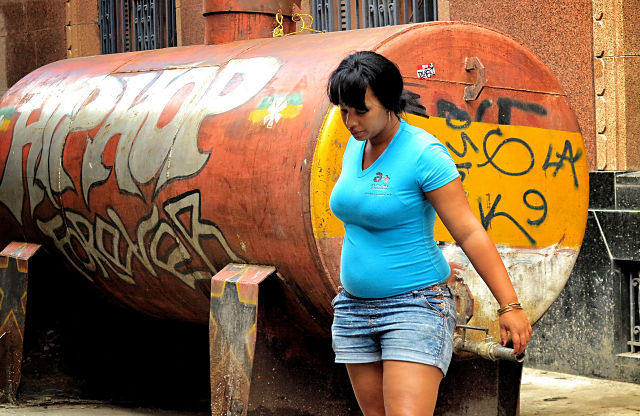 Although Cuba is known for its water-filled landscapes, like the many rivers and turquoise springs that bubble up from time to time, the country faces issues with the water quality and supply. The water supply in Cuba has been affected due to a recent drought, resulting in a struggle to provide clean, fresh water to its citizens.

Over the past three years, Cuba has been facing one of the worst droughts of the century. This drought is affecting nearly 50 percent of the land in Cuba, and it is caused by a climate pattern known as “El Niño”. The El Niño phenomenon is when trade winds off the Pacific Ocean bring warm weather that quickly heats surface water. This effect has occurred in previous years but has increased drastically over the past three years.

Water reservoirs and dams have been affected, with some dams even falling below 50 percent capacity. Out of the 168 municipalities in Cuba, 141 have been directly affected by the effects of this drought. Havana, Cuba’s capital city, relied on tanker trucks from neighboring areas to help provide water to 120,000 people that were in desperate need in mid-2016.

Not many people consider how this drought is affecting day to day life for Cubans. Many families must purchase filtered water since the water supply in Cuba has decreased due to the drought, and this filtered water is not cheap. The average cost for 5 liters of filtered water is 15 Cuban pesos, which is equivalent to $15. This can be a financial burden on a family who has to ration this water for drinking among all its members, as well as to clean vegetables and fruits to eat.

The high price of water also means that many families can’t provide enough water for their pets or livestock, so animals are dying and getting sick all throughout the country.

The soil itself has become damaged as well, with some reports saying that nearly 75 percent of the soil is drier than desired. This has greatly affected the agricultural production, with many farms producing less than 50 percent of what they usually grow. This now means that not only is there a limit on water, but on food as well.

Cuba and the European Union have been working on a solution to not only solve the current drought problem but also to stop future droughts from becoming this large of an issue. The World Food Programme, the United Nations Development Programme, and the Mivimiento por la Paz have all partnered with the European Union and Cuba to develop these solutions.

Currently, the European Union is providing €600,000 in funding for two projects being developed in Cuba. The first project’s goal is to strengthen the preparedness plans in Cuba as well as the response and early warning systems.

The second project will focus more on a technical solution, by increasing the hydrological networks to increase the water supply in Cuba, as well as increasing its meteorological capacity so they can anticipate these patterns sooner.