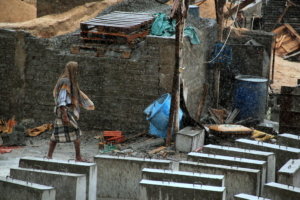 While 97% of Saudis have access to potable water, Saudi Arabia is classified as one of the most water-scarce nations on the planet. The absolute water scarcity level is 500 cubic meters per capita, per year. Saudi Arabia has only 89.5 cubic meters per capita, per year. Despite high levels of water access in the Kingdom, severe overconsumption and lack of reliable renewable water sources have made this issue a top priority. Many view oil as the most important natural resource in Saudi Arabia. However, due to the water crisis in Saudi Arabia, water is becoming increasingly valuable.

The Current Situation and Implications

While the Middle East and North Africa region is no stranger to water scarcity, modern consumption and waste levels have raised the stakes. These issues have disproportionately affected the poor. In some areas, more than half the water used exceeds sustainable levels and 82% of wastewater is not purified for reuse. The Guardian reported that Saudi Arabian per capita water consumption levels are double the world average at 263 liters every day. These levels indicate that the Kingdom is using more than four times the water that renews on average.

The two major sources of water are rapidly disappearing groundwater and the sea. In addition, the groundwater accounts for 98% of natural freshwater. Each accounts for 50% of the water consumed in Saudi Arabia. The Kingdom is the largest country to rely so heavily on desalination. However, it is extremely expensive and causes serious environmental concerns due to carbon emissions. While this issue is not immediate in that Saudis are not currently dying of thirst, it does loom over individuals who live in the region. Water is now the key to survival in the country that oil discovery transformed. Additionally, if the water crisis in Saudi Arabia is not solved, there will be severe humanitarian and geopolitical consequences for the unstable Middle East and the U.S.

In 2019, Saudi Arabia launched a national program called “Qatrah,” which is Arabic for “droplet.” This program is a part of the Ministry of Environment, Water and Agriculture. It intends to slash water consumption by about 43%, to 150 liters per capita, per day by 2030. Currently, Saudi Arabia is behind only the U.S. and Canada for per capita water consumption. Hence, this water conservation program is a significant endeavor that is badly needed to improve the sustainability of water supply in the Kingdom. Qatrah is meant to encourage change in individual behavior by raising awareness of the issue. In addition, the program rationalizes water sources to best protect natural resources and all aspects of life that depend on water.

Another important aspect of Qatrah is reducing water consumption in the agricultural sector. As previously mentioned, agriculture consumes the vast majority of water in the Kingdom. Because of this, the Ministry that oversees Qatrah has plans to increase the regulation of water in this sector. The Ministry also decreases its overall consumption in order to shift more water toward the urban sector. There is a government-driven campaign to preserve and protect water is invaluable. Movements like this struggle without direction and support from the government of the country in which they operate. Thus, the aggressive plan has helped to successfully bring the water crisis in Saudi Arabia to the national stage.

NGO Efforts and Other Strategies

Suez is an international corporation dedicated to achieving sustainable management of the world’s resources. In Saudi Arabia, Suez has worked in Jeddah to improve access to drinking water. According to Suez, desalination plants supply almost all the water consumed in Jeddah: 98% to be exact. The population continues to grow in the water-scarce city. As a result, Suez has pledged to make drinking water accessible 24/7, repair links in drinking water networks and improve the efficiency of wastewater collection. Moreover, Suez has successfully decreased the amount of time it takes to repair leaks throughout the network. This proves to be an easy and vital way to preserve water.

In this endeavor, Suez has 1,400 local employees who support the delivery of about 830,000 cubic meters of water to people in Jeddah every day. According to CNN, strategies are less expensive or difficult than desalination. In addition, decreasing overall water use includes wastewater treatment, groundwater recharge through capturing rain and stormwater and allocating water differently. These methods combined with practices are already in place. Additionally, it could help fight the water crisis in Saudi Arabia.

The water crisis in Saudi Arabia is not currently claiming the lives of millions. However, it continued the unsustainable water consumption in one of the most water-scarce countries in the world. Like most geopolitical and environmental issues, the poor will suffer the worst in Saudi Arabia if the government does not manage the pending crisis responsibly. Luckily, there has been a concerted government effort, through its Qatrah program. The program slashes water consumption and consumes it more efficiently. This effort has strong support from NGOs like Suez. Suez focuses on other aspects of the crisis to help the Saudi people save what is becoming their most precious resource: water.