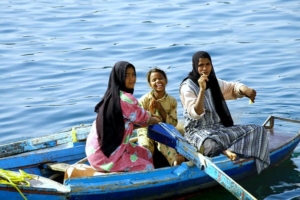 Many know Egypt, which connects Northeastern Africa and the Middle East, for its rivers and pyramids. Although it is rich in culture, Egypt faces a water scarcity issue. According to an article by the African Union Development Agency, Egypt’s Vision 2030 to “increase water supply across the country has primarily focused on enhancing sustainable energy generation and management and enabling innovation and scientific research towards enhancing water supply and distribution.” Technology to address water scarcity in Egypt aims to protect the environment, increase productivity and enhance human health.

The Problem of Egypt’s Water Scarcity

Egypt is currently facing a yearly water deficit of more than 7 billion cubic meters. The problem of insufficient water is further exacerbated by population growth, especially since Egypt’s population is expanding at a pace of 1.94%, equivalent to an annual increase of around 2 million individuals. Today, 92 million people reside in Egypt, marking a 41% increase since the 1990s, and the population will likely exceed 110 million over the next three years.

Recognizing the proportional relationship between population size and freshwater scarcity, this may heavily disrupt freshwater supply within the country. In fact, the Middle East and North African region as a whole, where Egypt is located, holds less than 2% of the world’s fresh water. The Nile river, a vital source of natural and freshwater in Egypt, is increasingly becoming a source of disease, due to the amount of pollution it endures annually. According to the Egyptian Organization for Human Rights, 4.5 million tons of pollutants permeate the Nile each year. This includes sewage, agricultural waste and industrial waste.

Egypt has embraced some of the most cutting-edge digital and smart water technologies to address issues pertinent to water scarcity. Through water treatment and desalination, such technologies aim to protect current water sources and bodies, while also boosting water supply. Egypt has created several desalination technologies, to facilitate the transformation of seawater into potable water to enhance water supply. The process of seawater desalination involves evaporating, condensing, and then cooling via the distillation process in that respective order. Through this process, people can use the newly treated water for human consumption and agricultural purposes. Today, Egypt retains a daily freshwater capacity of 800,000 cubic meters in line with 2022 records, and the Egyptian government aspires to achieve 6.4 million cubic meters by 2050.

However, the seawater desalination method traditionally used in Egypt is expensive, as it requires a significant amount of energy. To overcome this issue, Egypt adopted membrane technology to desalinate seawater affordably and cost-effectively. Additionally, such technology can help with several other processes, including pervaporation, reverse osmosis, forward osmosis, nanofiltration and ultrafiltration.

To further enhance the output of water treatment that is possible through membrane technology, and without sacrificing the quality of water, scientists are investigating nanotechnology. Nanotechnology works to increase water permeability and remove pollutants from both wastewater and seawater, while also cost-effectively intensifying water supply output.

Improving access to clean water remains a top and crucial priority to maintain human welfare in Egypt and the entire African continent. By creating effective water management systems, and boosting water supply through water treatment and desalination, Egypt can effectively address the water shortage. Such endeavors can ease the burden on Egyptians who lack access to clean water, reduce their susceptibility to diseases, and ultimately improve their quality of life.