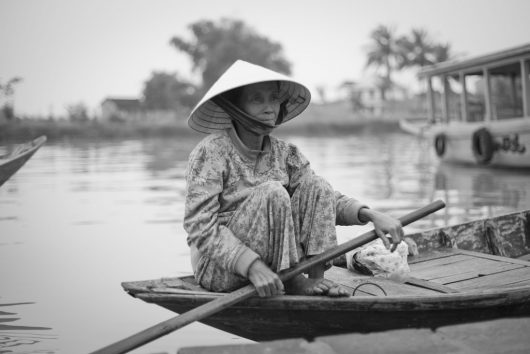 Despite its extensive network of rivers rich in biodiversity, the southeast Asian country of Vietnam struggles with delivering potable water to its citizens. There are many factors that contribute to poor water quality in Vietnam, a primary reason being that two-thirds of the country’s plentiful rivers originate outside of the nation’s borders. As a result, the quality of much of the water is dependent on the policies of neighboring countries. Upstream water is generally much cleaner and safer. As water moves downstream, however, sanitation becomes a major issue. Waste management protocols are also poorly upheld, so industrial wastewater is often emptied directly into freshwater canals.

Public awareness is also a significant issue, as many Vietnamese citizens throw their trash into rivers. During an outbreak of bird flu in 2004, people went as far as disposing of dead, infected poultry into their rivers and improperly burying them underground. These burials raised many concerns over groundwater contamination, particularly as the rainy season hit. In 2009, The Vietnam Institute of Biotechnology tested the water supplies and found widespread pollution, including high levels of E. coli. It is not surprising that polluted water accounts for the cause of 80 percent of illnesses. Boiling water before use is a common practice, demonstrating how prevalent the issue is and how the water quality in Vietnam affects people day to day.

Furthermore, inadequate infrastructure and low financial capacity debilitate Vietnam’s ability to utilize the water available for use. Indeed, groundwater reserves are abundant in Vietnam; however, less than 5 percent of the aquifers are utilized by the nation. What little water is gleaned suffers from contamination and overuse.

To address the issue of water quality in Vietnam, the government aims to provide 90 percent of the urban population with clean water by the year 2025. While this is an admirable goal, there is currently no reliable methodology for monitoring this goal. If Vietnam wishes to solve its water crisis, it will have to develop the financial means to expand its water sector and waste management.