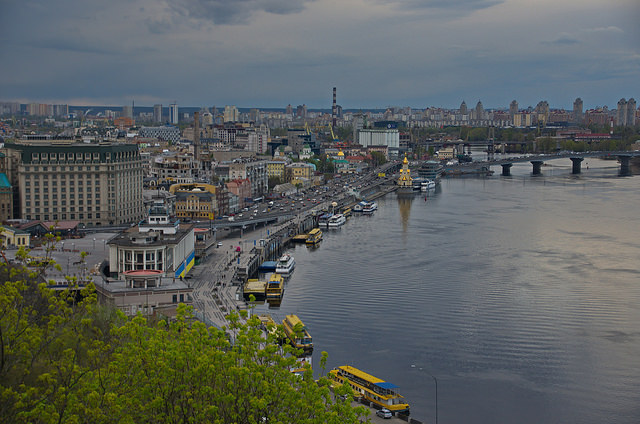 The eastern European nation of Ukraine has been dealing with the aftermath of the 1986 Chernobyl nuclear incident since the meltdown occurred. The immediate effects of the meltdown were a massive explosion and the release of a massive cloud of radioactive fallout into the environment. 30 years after the incident, water quality in Ukraine is still being negatively affected by radiation from the Chernobyl incident.

Tap water is unreliable in quality throughout the entirety of Ukraine. In the south, water infrastructure is poor and sparse, resulting in low-quality water with limited accessibility. The northern regions of Ukraine were most directly affected by the Chernobyl incident, and still see unsafe radiation levels in groundwater.

The factor which underlies all of these issues concerning water quality in Ukraine is the scarcity of naturally occurring groundwater in most of the country. In the Soviet era, much of Ukraine’s urban planning was justified by convenience for travel and commerce. The result is that a majority of Ukrainians live in regions which are naturally scarce in water supplies. The need to transport water throughout Ukraine to sustain the population has created an increased demand for fresh water.

With the cost of producing and obtaining clean water rising, there is a dire need for innovation in the purification of water. According to UNICEF, 40.6 percent of Ukrainian households do not use any method of purification, and drink their water from a tap or other unreliable source.