Tag Archive for: Water Quality in the Central African Republic 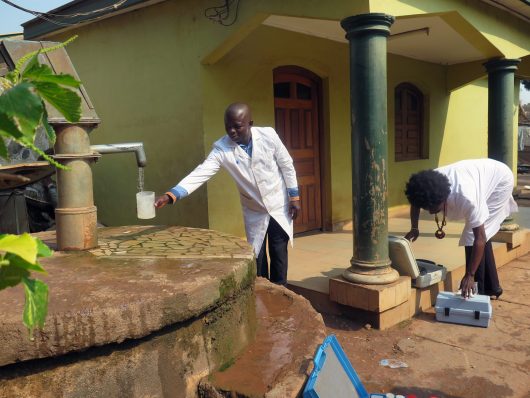 Approximately 663 million people live without access to clean water. Many nongovernment organizations (NGOs) are dedicated to improving water quality and building wells in poverty-stricken areas. However, the ad hoc building of wells does not solve the problem of water poverty and sanitation. Wells can and do break down and someone must fix them, but at this point, most water charities have left the community a long time ago. The key to ending water poverty, which will in turn bring more people out of extreme poverty, is water sustainability. This is where Water for Good – an organization working in the Central African Republic (CAR) – comes in.

A Plan for Water Sustainability

Founded in 2004, Water for Good works to bring water sustainability and improve water quality in the CAR. It is now the largest water provider in the country. Water for Good has drilled over 650 new water wells in the CAR and each well provides enough water for 500 people. The organization also maintains over 1000 water wells across the country and has rehabilitated more than 900 old and forgotten wells. While wells can last over a decade with routine maintenance, they will eventually need a major overhaul.

Water for Good plans to bring clean, safe water to every person in the CAR  by 2030. This is in step with the U.N.’s timeline for achieving the global Sustainable Development Goals. The nation has a population of only 4.7 million people; however, with a large geographic size and a history of internal conflict, improving water quality in the CAR is a difficult task. Water for Good plans to partner with the U.N. and other charitable organizations to achieve this goal.

Doctor Richard Klopp – CEO of Water for Good – tells The Borgen Project that an important step toward water sustainability is transitioning the duties of maintenance and upkeep to private companies within the CAR. Water for Good currently has four maintenance crews that each take care of about 260 wells. The goal is to hand off all of those responsibilities to private, locally-owned companies. In fact, it has already started to happen.

Water for Good was originally founded by a former missionary named Jim Hocking, when a good friend sold him a well-drilling business if he agreed to run it as a nonprofit. Hocking had no experience with water wells or drilling, but was familiar with the issue of water quality in the CAR, having grown up in the country. Originally, the organization was named Integrated Community Development International and had several other aims besides water. It was also involved with HIV/AIDS work, orphan care and providing religious services. Eventually those other issues were jettisoned in order to focus on water sustainability. The organization now provides drilling, maintenance and runs a radio station which focuses on community development, sanitation and hygiene. While the CAR is a very low-infastructure country, most people have access to a radio.

“We realized what the country needs from an American NGO is water infrastructure built and sustained, ” says Klopp, “and so that’s all we do now.”

It is a strategic focus for a unique organization. Hopefully, the success of Water for Good inspires other organizations to realize what can be accomplished with long-term planning and a focus on sustainability.