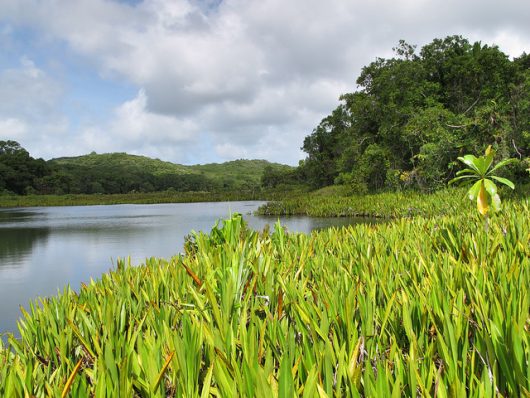 The Republic of Palau is part of the Micronesian region in the western Pacific Ocean. Consisting of a series of islands, Palau is about 458 square kilometers in total size with a population of 21,726. Palau is famous for its beautiful natural environment. Its coral reefs are known as one of the “Seven Underwater Wonders of the World.” The water quality in Palau is considered to be safe for its citizens. However, due to the development in Palau in the recent years and the lack of awareness of protecting drinking water sources, poor water quality may become a huge problem in the future.

The water is fed into the Koror-Airal water treatment plant for use by three-fourths of the population of Palau. The water is collected in a chamber called the “wet well,” where minerals are added. Then the water is pumped into a series of clarifiers in order to remove suspended solids.

Palau’s surface water, groundwater and coastal water qualities are facing challenges from pollution. Sedimentation is the main source of pollution and lowers the quality of surface water. The sedimentation is caused by poor erosion controls, loss of riparian buffers, and poor land-use practices. The groundwater sources are polluted by poorly maintained septic tanks, leaching from nearby landfills and saltwater intrusion. Coastal water quality is affected by land-based pollution, as well as by gasoline and oil from outboard motors and ships. According to the Pacific Water Community, the water quality in Palau may also face challenges such as sewage, chemical pollution and oil spills due to future development on the larger islands.

Palau’s government noticed some of the pollution and has started to reduce the causes. The government is trying to improve land-use management within the watershed and drainage around roads to reduce the pollution in the surface water. A better filtration system will be added to the water treatment process to remove suspended solids. To prevent the catchment being affected by human and animal contamination, the Palau government is trying to establish stringent catchment management plans. The water storage and treatment facilities will receive more funding in the near future for better equipment.

In conclusion, the water quality in Palau is not a problem so far. However, it will become a huge problem for Palau’s citizens in the future if the pollution continues. The water quality problem needs more attention from Palau’s government.