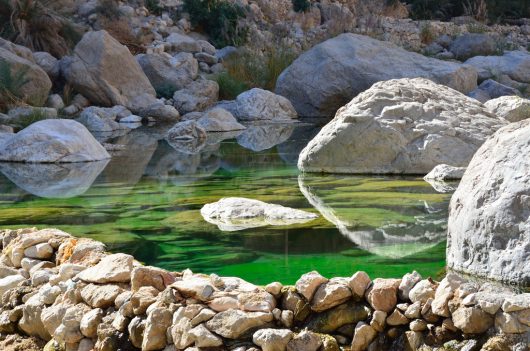 Oman is an Arab country located at the mouth of the Persian Gulf with a population of 4.5 million. Due to its booming oil industry, Oman is growing rapidly and both standards of living and water quality are improving. According to World Bank data from the last 20 years, the percentage of people with access to an improved water source has increased from 81% to 93.5%. While water quality in Oman has improved, questions remain surrounding future water supply, especially in rural areas.

The Public Authority for Electricity and Water (PAEW) has been responsible for much of Oman’s improving water quality and access to potable water in the last decade. Founded in 2007, the PAEW has put emphasis on renewable energy solutions and has made a concentrated effort to expand water piping throughout the country, especially in rural areas. One of the PAEW’s main goals for this decade is increasing its water assets and service coverage, aiming to supply piped water to more than 90% of the Omani population.

In response to recent growth, particularly in urban areas such as Muscat, the PAEW and the Omani government launched a $3.4 billion program in 2016 to massively expand its potable water network. With projects such as these, PAEW looks to increase the supply of potable water to 98% of the population by 2040.

With an economic growth rate averaging four percent per year between 2000 and 2016, Oman is one of the fastest-growing countries in the Middle East. This growth, combined with a 9.5% annual increase in consumption, has had a profound effect on Oman’s demand for water in both urban and rural areas. This growth has increased agricultural demand and thus a demand for renewable water resources and infrastructure such as stormwater facilities.

One of the biggest threats to water quality in Oman in the future will be extreme weather conditions such as drought and limited rainfall. Though the PAEW is primed to deliver clean potable water to the country’s rapidly growing population, the Omani government must be ready to face other challenges to ensure the health of its citizens.