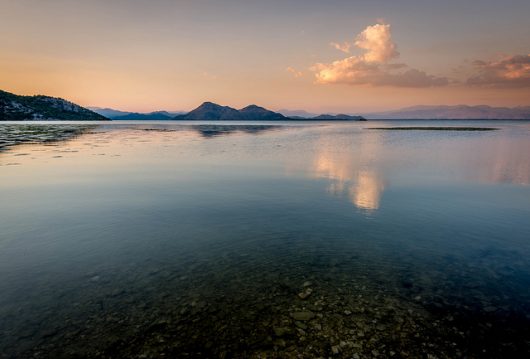 Montenegro is a small European country in the Balkan region with a population of about 620,000. Since breaking off from Yugoslavia in 1992 and gaining independence in 2006, the country has improved economically and is now classified by the World Bank as an upper middle-income country. Along with this progress, water quality in Montenegro, as well as water availability, have improved.

In 2015, the World Bank reported that 99.5 percent of Montenegrins had access to an improved water source, up from 97 percent in 2000. This percentage puts Montenegro at some of the highest water coverage in the Balkans, compared to countries like Albania, which is currently at 95.1 percent. Though there has been a history of water and air pollution in the Balkans, Montenegro currently reports low levels of water pollution, even though in recent years the government has identified climate change and wastewater from settlements as potential hazards affecting quality.

Much of Montenegro’s economy depends on its diverse water sources, from its complex system of rivers to its coastline. In terms of its water utility, Montenegro harnesses hydropower as its most important energy resource, though due to seismic risks and other environmental concerns, the country harnesses only 17 percent of its potential hydro power.

Another factor improving water quality in Montenegro is the prevalence of conservation as industry demands for water have changed in recent years. Due in part to economic factors and environmental sanctions, thermo-energy and mining industries have reduced their total water use, helping secure overall water quality, as well as water availability for other industries such as farming.

In the last decade, environmental issues have prompted Montenegro to examine how climate change may affect water quality and accessibility in the future. In 2010, the Initial National Communication on Climate Change of Montenegro recognized that climate change could affect national water resources in a way that may threaten certain industries and the overall availability of quality water.

Due to these threats, the Montenegrin government is looking into developing a national water information system to monitor any changes in water bodies, as well as changes in water quality in Montenegro’s water networks. The United Nations’ Development Program is assisting Montenegro in this endeavor, working alongside the government to create a reliable and responsive water information system as climate change and other factors may cause future changes to the country’s water resources.

Both water quality and availability have improved in the last few decades, with a productive economy helping Montenegro achieve some of the highest water availability in the Balkan region. Despite this, the government has lagged behind in creating a comprehensive water data and information system to help combat changes caused by climate change. In order to secure the quality and availability of its water in the future, Montenegro must meet these challenges head on.