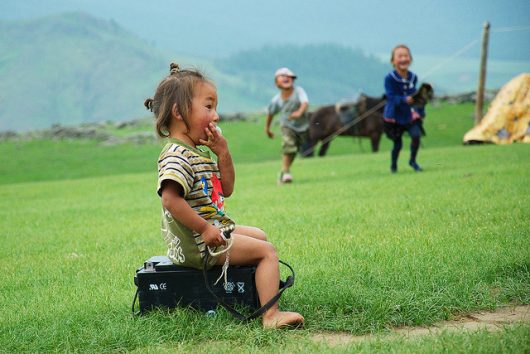 Mongolia, a country in central Asia, has some of Earth’s most beautiful mountains and wonders. Despite its abundance of natural resources, lakes and rivers, water quality in Mongolia has begun decreasing at an alarming rate.

Climate change is one of the largest factors in Mongolia’s decreasing supply of drinking water; many lakes and rivers continue to dry up. The land in southern Mongolia around the Gobi desert has had an increase in desertification as climate change emphasizes the unequal distribution of drinkable water between Mongolia’s mountain region and its drier areas.

Mongolia’s economy relies heavily on herding culture, an industry that requires accessible drinking water nationwide. However, the presence of so much livestock also poses a threat to public health, as the lack of infrastructure around water supply often leads to contamination.

An increase of urbanization and an economic reliance on mining have also contributed to the gradual pollution of groundwater resources in Mongolia, the country’s main source of water outside of mountainous regions.

However, multiple organizations have implemented plans to address these growing concerns for water quality in Mongolia. The Water Supply and Sewage Authority (USUG) aims to supply safe drinking water to an estimated 1.2 million people living in Ulaanbaatar, the capital of Mongolia. USUG has a three-year program to maintain sustainability and is a pilot project of a larger organization: the WHO/AusAID Partnership on Water Quality, created in 2012.

The Mongolian government has implemented several revisions in policy, such as an order for the Compulsory Establishment of Centralized Water Supplies, and the Methodological Guidance on Water Safety Plans for Small Communities, established in 2015.

Awareness among water-related government agencies is another crucial part of the process toward higher water quality in Mongolia. Water safety plans (WSPs) advocate for such awareness among water suppliers, health facilities, academic institutions and inspection agencies.

Meanwhile, The Asia Foundation works at the local level to ensure smaller towns and herder communities can protect their water. The process for such awareness spans from the household levels of conservation, city-wide treatment and sanitation, and global climate change-related activity. All of these issues intersect in Mongolia’s water supply, with WSPs ready to take action.