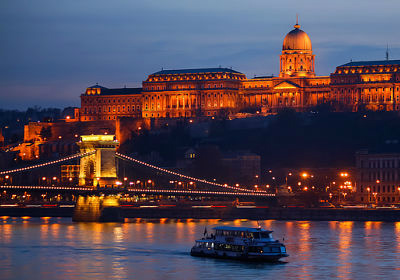 Hungary is a landlocked country located in the central Danube Basin. It is divided into The Great Plains, the Transdanube and the Northern Hills areas. Hungary is a fairly small country but is known for great biodiversity. This biodiversity is threatened by some of Hungary’s most serious problems: air and water pollution. Pollution disrupts the water quality in Hungary, especially the Danube River, quite significantly. These pollutants come from industrial and large-scale agriculture.

A recent reservoir failure flooded many towns in Hungary with red toxic mud. In October 2016, a dam holding waste products such as arsenic and mercury collapsed. It was said to have released about 184 million gallons of this red mud. The toxic mud negatively impacted the water quality in Hungary, polluting the Danube even further.

Another danger to the water quality in Hungary is caused by human alterations to the Danube for the purpose of navigation. Intentions to deepen the dam for easier boat passage have changed the way the traditional floodplain landscape and water flows into the deltas. This not only affects the water quality but also endangers the wildlife and habitats near those areas. Scientists worry that the improper mining of these dams could lead to something even worse than the toxic red mud scare. They say that, without the correct techniques or repairs, there could be catastrophic repercussions should they fail. More dangerous toxic chemicals such as cyanide could spill into the river and completely ruin the water quality in Hungary.

With more than 90 percent of Hungary relying solely on groundwater, and with 47 out of 108 groundwater bodies considered to be “possibly at risk,” the water quality in Hungary remains in jeopardy. Something must be done to reverse the rising levels of pollution and stop the harm to the environment.

One potential solution comes from a European Union-funded project that brings clean drinking water to those in Hungary affected by polluted groundwater. The National Water Management Administration is responsible for organizing 33 projects that have already brought clean water to 227 communities. They are currently working to complete these projects in time to qualify for 100 billion HUF in financing from the European Union. These projects are the greatest hope to improve water quality in Hungary at this time.