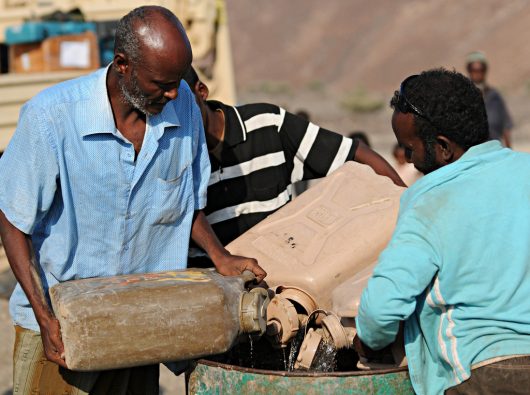 Djibouti, a small country off the eastern coast of Africa, is one of these developing countries. Currently, the country is experiencing a major national water crisis. Citizens in rural areas are the most affected: according to UNICEF, nearly 50% of people in rural communities do not have access to a safe water source.

Despite its coastal location, Djibouti is a country heavily affected by drought due to its arid climate. Most of the country’s water supply comes from groundwater resources, which have dwindled dramatically in recent years because of widespread drought.

Water quality in Djibouti is also a national problem. The little groundwater resources that are available are often of poor quality which has resulted in an epidemic of many waterborne illnesses.

The most high-risk water-related diseases in Djibouti are hepatitis A, hepatitis E and typhoid fever. These illnesses are contracted when people come into direct contact with water contaminated by fecal matter. Typhoid fever is the most deadly of the three, with a mortality rate of 20 percent.

Water conditions are slowly improving in the country thanks to efforts made by UNICEF, the European Union and Djibouti’s Ministry of Agriculture. This partnership, which began in 2007, has given more than 25,000 of the poorest people in rural communities access to clean water close to their homes.

The European Union has given UNICEF 2 million euros toward improving water sanitation in Djibouti. UNICEF also agreed to include an additional 60,000 euros to provide technical expertise.

More still needs to be done to improve the water quality in Djibouti. According to the Central Intelligence Agency (CIA), about 35% of the rural population has not received any improvements to their water supply.

Luckily, the Djibouti government has shown proactive concern in erasing the national water crisis. With help from UNICEF and the implementation of climate change policy in the country, Djibouti is looking toward a future of increased health and adaptability.