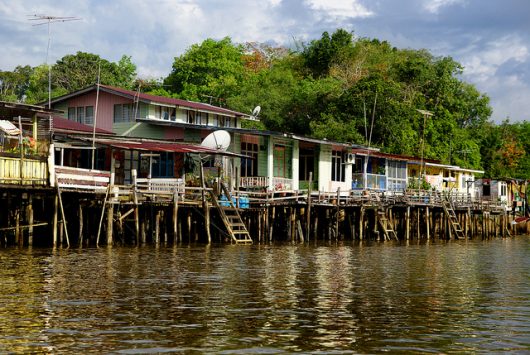 Brunei is a sovereign state located in Southeast Asia. Landlocked on all sides by Sarawak in Malaysia except for its South China Sea coastline, the country became a highly industrialized state after it gained independence from the United Kingdom in 1984. The country has a tropical climate characterized by high temperatures and rainfall. Water quality in Brunei has the potential to decrease in the future if action is not taken.

Surface water supply, which makes up about 99 percent of water utilized for all purposes in Brunei, comes from the four river basins of Brunei: Daerah Tutong, Kuala Belait and Temburong. The Brunei River’s upper reaches have been a major freshwater source for the western part of the country. Despite being used for everything from transportation to waste disposal, it has largely been unaffected due to its natural capacity for self-purification.

High levels of water pollution in the Brunei River have been traced to wastewater treatment plants, industrial discharge, and polluted streams. The government has identified population density and urban catchment systems as the most common reasons for the level of pollution prevalent in rivers, especially Brunei. Point and non-point pollution sources – including residential, industrial and agricultural outlets – are currently the main sources of pollution in Brunei River.

Domestic wastes and surface runoff in the rivers of Brunei constitute about 50 percent and 29 percent, respectively, of the load discharged into water courses. An increase in population and greater economic development is likely to have adverse effects on water quality in Brunei.

In the Sungai Liang and Seria areas of the Belait district and in the Berakas area of the Brunei-Muara district, limited reserves of groundwater have been identified.
The country is considering taking steps to address the water problem, including introducing legislation to improve watershed protection and manage pollution.

Under the Tenth National Development Plan, upgrades to existing monitoring systems and quality management frameworks have been proposed by the government. Despite the fact that 99.9 percent of the population is now provided with clean water, the government has evinced intent to maintain high levels and quality of water in the country in order to meet the changing demands of an increasing population and accommodate rapid industrial development.

Water conservation and sustainability measures have been proposed to maintain the supply and distribution of clean water in the country. New designs in focusing on riverside development and integrated water resource management plans have also been unveiled. This has included construction of new water infrastructure, including drainage systems and treatment plants, and further upgrading. Enhancement of water quality monitoring is being proposed with a new water lab and 11 new water quality parameters.

The country has built reservoirs and dams to help prevent seawater intrusion and manage its river flow, utilized hydrological data network with technological advances, secured international cooperation from countries like Singapore and improved water quality monitoring. Furthermore, the country has had initial success in adapting to the threats of climate change.

It is also managing its water resources and provisions by utilizing the Integrated Water Resources Management (IWRM) framework’s goals and action plans. Together, these steps will sustain and enhance the quality of life, together with improving water quality in Brunei, for all Bruneians.