Tag Archive for: Water Pollution in the Philippines 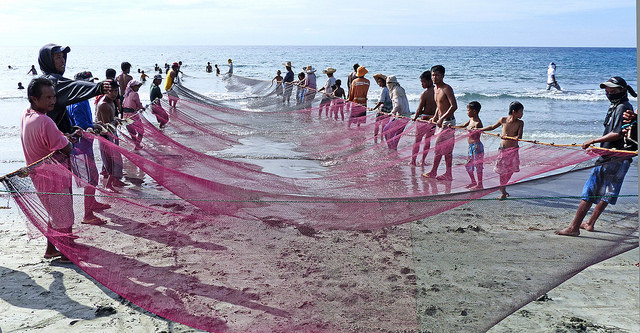 Water is often equated with life itself. But for an archipelagic region in Southeast Asia sandwiched between the Philippine Sea and the South China Sea, water pollution in the Philippines has caused this precious resource to be anything but life’s sustenance. According to a report released by the Asian Development Bank, “heavy inorganic pollutants have made water increasingly a threat to life.”

A Threat to Life

The Philippines is a developing country that is also undergoing rapid urbanization and industrialization. Out of more than one hundred million Filipinos, nine million rely on unsafe water supplies. In fact, water pollution in the Philippines and a lack of proper sewage kills 55 people every day.

Katrina Arianne Ebora, part of UNICEF’s Water, Sanitation and Hygiene program in the Philippines, notes that access to adequate sanitation facilities is a problem for more than 30 million Filipinos.

This portion of the population is forced to spend considerable time, effort and energy in procuring water. Families without a sanitary toilet often face the embarrassment of venturing outside to relieve themselves. Some resort to asking their neighbors to utilize their sanitary toilet facilities.

Environmental group Greenpeace has previously warned that Filipinos in key agricultural areas are drinking water contaminated with nitrates. After conducting a study on important farming areas, Greenpeace warned that nitrate levels were alarmingly above the safety limits set by the World Health Organization (WHO). The group also noted that “drinking water from 30 percent of all groundwater wells sampled in [the Philippines and Thailand] showed nitrates levels above the WHO safety limit of 50 mg l-1 of nitrate.”

Due to water pollution in the Philippines, the country is likely to face a shortage of water for sanitation, drinking, agriculture and industrial purposes in the next ten years.

In an Asia Development Bank report, the Philippines’ regional group – which includes Cambodia, Indonesia, Laos, Malaysia, Myanmar, Thailand and Vietnam – has made gains in improving water security. However, the region is home to a sixth of the global population and the poorest people in the world. With agriculture consuming a staggering 80 percent of the region’s water, the region is a global hotspot for water insecurity.

Water conservation efforts in the Philippines by many local and international companies have protected the water supplies for future use. Coca-Cola has pledged nearly $1.4 million for a five-year project with the World Wildlife Fund to protect the capital’s drinking water source, the Ipo Watershed. The Cement Manufacturers’ Association of the Philippines, an industry that heavily uses water, has started initiatives to capture and utilize rainwater for many production needs.

In 2014, Water.org began providing philanthropic and technical support to offset water pollution in the Philippines by expanding its WaterCredit program. Water.org’s statistics show that 75 percent of Filipinos are willing to invest in water and sanitation loans. Between 2015 to 2017, the organization and its partners worked with eight different microfinance institutions to conduct research and training in fulfilling the high demand for clean water and sanitation access.

Experts have a consensus on the water improvement efforts in the country: the Philippines government, environmental action groups, industries and locals need to work together on more initiatives to avert the impending water crisis that may beset the region in the not-so-distant future.