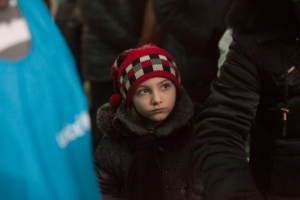 Since February 2022, Russia’s invasion of Ukraine has thrust Ukrainians into a humanitarian crisis. According to the United Nations, as of July 2022, 12 million Ukrainians at minimum have “fled their homes” since the invasion. In particular, five charities operating in Ukraine aim to address the humanitarian needs of citizens amid the conflict.

The help of these five charities operating in Ukraine provides direct support to the innocent civilians impacted by the ongoing war.