Tag Archive for: Water in the Anthropocene 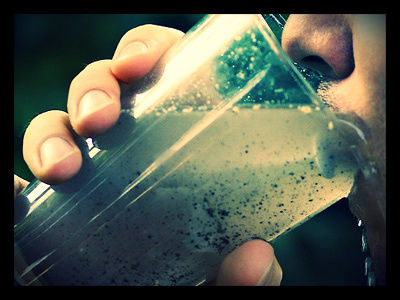 Within two generations, the majority of the world’s people could find it difficult to access clean water. That was the warning issued at an international conference on water held last month in Bonn, Germany. The conference, entitled “Water in the Anthropocene: Challenges for Science and Governance: Indicators, Thresholds and Uncertainties of the Global Water System,” sought to “address the global dimensions of water system changes” brought on by human and natural influences.

Water experts warned that in addition to climate change, inefficient extraction methods and pollution from the runoff of agricultural fertilizers will combine to compromise the world’s freshwater sources. Without more concerted efforts to change this situation, they warn, a global majority with soon face water shortage on a regular basis.

Already nearly a billion people do not have access to clean water. Four and a half billion people live within 50km (31 miles) of an “impaired” water source, one that is either polluted or running dry. People in the 1st world are also vulnerable as pollutants like endocrine disrupters, which have spread into rivers and other freshwater bodies in many parts of the developed world, and have been shown to cause fish to change gender.

UN Secretary General Ban Ki-moon echoed these calls to attend to the global water crisis. In a speech at the United Nations International Day of Biological Diversity, Ban said, “We live in an increasingly water insecure world where demand often outstrips supply and where water quality often fails to meet minimum standards.” He warned that current trends will make shortages all but inevitable.

Along with the scientists and officials meeting at the Bonn water conference, Secretary Ban called for the next set of Millennium Development Goals to include goals related to water sustainability. As one official at the Bonn conference stated, “There is no citizen of the world who can be complacent about this.”