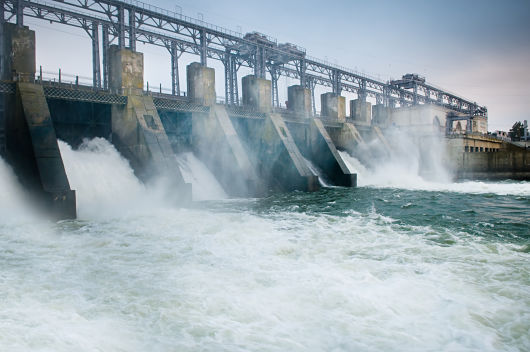 Biomass and renewable waste are the primary clean energy sources in the EU. Hydropower, which uses water as a renewable energy source, closely follows.

Hydropower is a clean energy source that has yet to be used to its full potential. It “captures electricity by using water that flows through a pipe to turn micro turbines in a line, or by harvesting energy from stream flows in irrigation canals and streams,” as explained in a CNBC report.

At Columbia University, researchers looked at water energy in a different way – they used evaporated water as the source. The researchers took bacterial spores that contract and expand based on the humidity of the environment and placed them in rows on tape that were then put together. This created a mass of rows that contracted and expanded together based on the environment. The bacterial spores had enough power from the air to move a toy car.

The technology is not yet powerful enough to work in a real life scenario and cannot compete with solar energy in efficiency. However, researchers believe it could harness enough energy to power a phone, even if it will not change the transportation industry.

Over in the Pacific Ocean, the U.S. Navy is sponsoring another way to use hydropower – using waves and ocean currents. This is exactly what the Azura Wave Energy Device is testing in Hawaii. Azura is a 63-foot-long, 10-foot-wide, 45-ton device that rotates as the incoming wave approach to extract energy.

CEO and co-founder Steve Koft explains, “the wave energy is much more predictable than solar or wind.” They are hoping this is the future of clean energy, but Azura is still a prototype. By harnessing the energy of waves, they have potentially found a way to capture predictable, consistent and clean energy to use.

Water energy is being explored more in depth everyday, and has huge potential to reduce the use of nonrenewable energy sources.