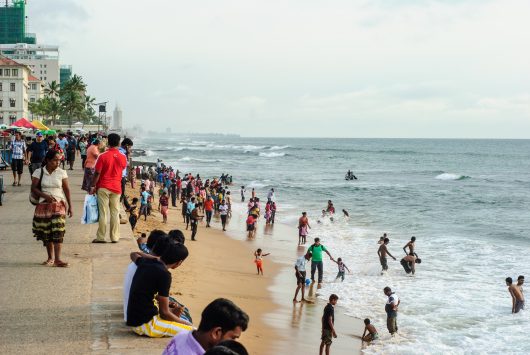 In the face of unlikely odds, Sri Lanka has risen to carry the highest Human Development Index value in South Asia. But severe lifestyle disparities between rural and urbanized regions have led USAID to donate $1 million to provide access to clean water in Sri Lanka.

Over recent years, Sri Lanka has wrestled through a 27-year conflict, a devastating tsunami in 2004 and a global recession. Despite these catastrophic events, this country has achieved “middle-income status”. This growth has been steady enough for a striking vision in 2020: ideally, every family will experience healthy lifestyles and conditions on a daily basis.

Overall, access to clean water in Sri Lanka reaches nearly 86% of the population. While this is to be celebrated, the 14% who find themselves without access suffer terribly. Primarily, this consists of isolated rural regions, plantations and the remote east and north of the country. The poor-quality water consumed is believed to be closely related to malnutrition and poor education commonly found in these areas. In communities that are still being resettled, an estimated 40 percent of the residents practice open defecation, which is a major contributing factor to the fierce spread of water-borne diseases in Sri Lanka.

The recent funding will expand on pre-existing projects already started by USAID for providing access to clean water in Sri Lanka’s areas predisposed to droughts and floods. These programs support national and regional policies that minimize the effects of these natural disasters while providing infrastructures such as piped water and rainwater harvesting tanks. The newer technology will be geared specifically to families and hospitals affected chronic kidney diseases, the prevalent water-borne disease rising in the country.

This funding is anticipated to grant access to clean water to 100,000 people. Should this program reach its intended goal, Sri Lanka may just see its 2020 dream become a reality. 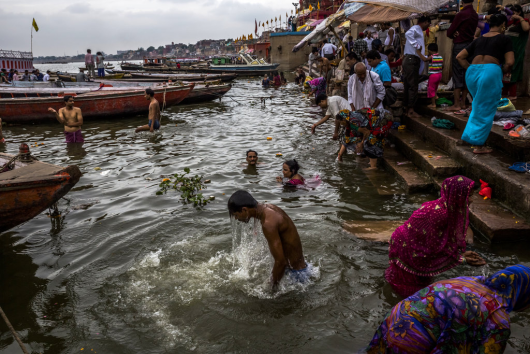 India may be reaching a crisis-level situation in regards to water quality and access. While India’s population continues to grow, access to water continues to dwindle. The country’s future may be greatly affected by the limited water for households and agriculture.

Over 20 percent of the country’s diseases can be traced back to the poor water quality in India. To make matters worse, less than 35 percent of the entire population of India has access to traditional sanitation, further exacerbating the spread of diseases in the country.

Most cities in India produce almost 40,000 million liters of sewage per day, the majority of which is dumped into rivers which feeds into groundwater that becomes used for agriculture or citizens’ homes. In fact, less than 20 percent of the sewage in India is properly treated.

There are almost 76 million people in India who are forced to spend 20 percent of their income on water, and often are forced to use the contaminated water instead, according to Water Aid. Although the groundwater in India is of poor quality, many rural residents have no choice but to use it for daily needs. However, the overall water availability in India is soon running dry.

The water crisis in India can partially be attributed to government corruption and lack of planning, as well as increased corporate privatization, which drives up the cost of clean water. If India is unable to control the water crisis, scarcity is predicted to significantly worsen by the year 2050 and become the main cause of political conflict.

Though many environmentalists are opposed, building dams in India could improve the issue with water quality and scarcity in India. Dams would collect water during the rainy season and provide during the dry season, but building storage dams would potentially submerge forests, disturb habitats, and displace tribal communities.

In order to improve water quality in India, the country needs to place more sewage treatment plants in more cities and towns. Overall, there are only 160 towns with sewage treatment plants out of the 8,000 towns total. As long as factories continue to dump untreated sewage into rivers that run into groundwater, the water quality in India has little chance of improvement. 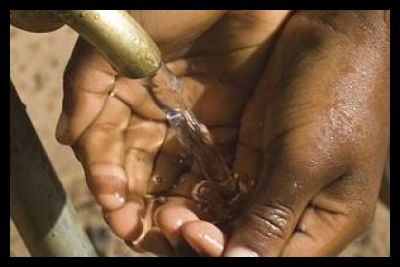 Currently, approximately 2.5 billion people around the world do not have access to basic sanitation services, according to the World Health Organization (WHO).

On November 19, the UN released a report highlighting the gaps in water and sanitation progress. “Water and sanitation are essential to human health. Political commitment to ensure universal access to these vital services is at an all-time high,” said WHO Director of the Department of Public Health and the Environment, Dr Maria Neira. “International aid for the sector is on the rise. But we continue to see major financial gaps at the country level, particularly in rural areas.”

Ninety-four countries were surveyed in the UN-Water Global Analysis and Assessment of Sanitation and Drinking-Water report. Data revealed that over 80 percent of these countries have enacted national policies for drinking-water and sanitation, with over 75 percent enacting policies for hygiene as well. The report also recognized that international aid for improved water and sanitation conditions is increasing. Aid rose from $8.3 billion to $10.9 billion between 2010 and 2012- an increase of 30 percent. Most recent increases in international aid have been the result of strives toward the Millennium Development Goals.

However, WHO points out the major gaps in the MDGs. Approximately 748 million people lack access to clean drinking water sources while a billion people have no sanitary system in place and are forced to practice open defecation.

Still today, hundreds of millions of people lack clean water and soap to wash their hands. This leads to transmission of diarrhoeal disease which is the second largest killer of children under five. Lack of clean water can cause many other water-borne diseases as well, including cholera, typhoid and hepatitis while poor sanitation can cause debilitating diseases like blinding trachoma, intestinal worms and schistosomiasis.

WHO reports that the key obstacles which inhibit progress to water and sanitation development include insufficient funding and weak national capabilities to carry out water, sanitation and hygiene (WASH) initiatives. While statistics show that international aid is increasing, 80 percent of countries have declared that their current financial resources are too low to meet WASH targets.

The funding gap is even more extreme in rural areas which represent the majority of people in need of sanitation and water systems. According to the new report, less than 10 percent of WASH financing goes to improvement in rural areas. Additionally, the report cites challenges in implementing WASH programs in national institutions like schools and health facilities. Fewer than 30 percent of surveyed countries have institutional WASH plans that are being fully carried out, funded and reviewed.

Despite these obstacles to WASH and Millennium Development Goals, many are still hopeful that countries will get back on track to achieving their targets.

“Now is the time to act,” says Michel Jarraud, Chair of UN-Water and Secretary-General of the World Meteorological Organization. “We may not know yet what the post-2015 sustainable development agenda will look like. But we do know that water and sanitation must be clear priorities if we are to create a future that allows everyone to live healthy, prosperous and dignified lives.”

In a press release dated April 2, the Bill and Melinda Gates Foundation announced that it had partnered with the World Bank, the Children’s Investment Fund Foundation (CIFF) and a number of other groups to fight neglected tropical diseases (NTDs).

NTDs are parasitic and bacterial types of infections that affect one in every six people worldwide. These infections not only cause a person to become ill, but can also disable or disfigure a person who has been infected. The infections are also more commonly found in poorer populations because they lack a great deal of proper health care services and preventative measures.

As part of the April announcement, a report was released regarding the progress that has been made over the past two years. Margaret Chan, the director-general of the World Health Organization, discussed the “tremendous progress” that the pharmaceutical companies’ donations had made.

Additionally, the announcement included the introduction of new partners that are together committing to donate over $240 million to go towards fighting soil-transmitted helminthes, a type of intestinal worm that is wreaking havoc in impoverished countries. Intestinal worms are often found in areas that have only limited access to both clean water and sanitation services and today these worms infect many children.

Jamie Cooper-Hohn, Chair of CIFF, said in the announcement, “CIFF is now committing an additional US $50 million over the next five years to implement large-scale systematic approaches to deworming in a number of countries, with the hope that, ultimately, we can break the transmission of worms and achieve the vision of: every child everywhere, free from worms forever.”

The newest drug donors include Bayer, Johnson & Johnson, Sanofi, GlaxoSmithKline, Merck, Novartis, Eisai, Gilead and Pfizer. These companies are concentrating their energy on research and development and are also working on implementing new treatment techniques.

In light of the new partnerships, Christopher Viehbacher, CEO of Sanofi said, “Industry partners are eager to work together to build on longstanding efforts to combat NTDs, develop new drugs and diagnostics and go beyond drug donations to ensure life-saving and preventative solutions meet those in need.” Viehbacher went on to say, “We are committed to improving the lives of millions of people who suffer from these horrific diseases and helping boost communities and economies.”

The goal of these groups is to both control and eliminate 10 NTDs by 2020. These new partnerships hope to work together to best combat the effects of NTDs and to one day, rid the world of them altogether.