Tag Archive for: Water As A Human Right 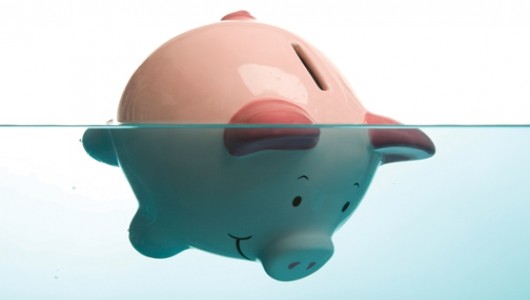 An estimated 783 million people worldwide lack access to clean drinking water. Despite the importance of expanding access to this basic building block of life, many companies instead view water as a commodity to be bottled and sold at the expense of the world’s poor and the environment.

Bottled water is incredibly wasteful. The bottle itself also leads to widespread environmental damage, with more than 85% of globally consumed bottles being thrown in the trash, as opposed to being recycled. Furthermore, 10% of all plastic reaches the ocean, leading to the deaths of an estimated one million birds and marine animals yearly.

Yet, if the environmental impact of bottled water is disgraceful, its impact on human rights is horrifying.

Fiji Water has nearly exclusive access to a 17 mile aquifer on the north coast of Fiji while many Fijians have lived with water shortages resulting in rations as low as 4 gallons of water per family per week. Coca-Cola’s extraction of water in India to produce Dasani, meanwhile, has resulted in water shortages for over 50 villages.

Water extraction has also led to a variety of health problems. The inadequate and unclean water supply in Fiji, for instance, has lead to typhoid outbreaks and parasitic infection. The pollution caused by Coca-Cola through its Indian bottling plants has included dangerous compounds such as lead.

Of course, the causation of health problems through privatization only brings to attention a broader issue in the bottling and privatization of water—the philosophical denial of the right to water. Nestle came under fire in 2013 after the emergence of a video of CEO Peter Brabeck stating that water is not a human right, but a commodity to be given a market value and sold. Nestle owns over 15 bottled water brands, including Poland Springs and San Pelligrino, and has been criticized for its sale of Nestle Pure Life water to the developing world at the expense of the development of clean-water infrastructure. The sale and purchase of bottled water on its own denies the right to water as an infrastructural need, and instead treats it as a commercial product through which the wealthy continue to benefit at the expense of the world’s poor.

Protecting the right to water, globally, is highly important. It is a right which must exist to protect the health, agriculture and infrastructure of the developing world. Water privatizations, and the actions of the companies that control significant portions of the world’s water supply, deny the important progress to be made on this front.