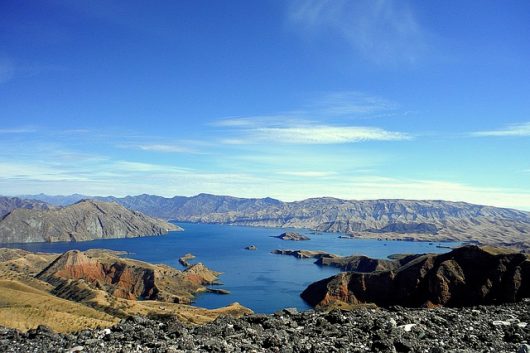 In an effort to address one of Tajikistan’s greatest needs, a team of engineers in partnership with the humanitarian organization Global Partners is working to provide clean water in Tajikistan. The rural areas in which the team focuses its efforts are among the poorest in the country and are unable to start large projects on their own. The Global Partners team provides communities with the funds, structure and knowledge to improve their standard of living.

Tajikistan has maintained its third-world status due to many hardships in the country’s past. For 70 years Tajikistan was occupied by the Soviet Union, only finding independence in 1991 when the Soviet Union dissolved.

However, civil war soon broke out as communists and democratic forces fought for control over the new government. By the time a ceasefire was declared in 1994, thousands had died and more than 250,000 people had been displaced. Fighting continued intermittently throughout the country until June 1997, when a peace agreement organized by the United Nations officially ended the conflict, beginning the first period since the country’s independence without strife.

As the country has attempted to recover from this devastating war, a new constitution has established legislative, executive and judicial branches of government and endeavored to spur new development. Fortunately, much-needed growth has come, as Tajikistan has seen swift drops in poverty, with rates falling from 83 percent to 47 percent between 2000 and 2009 and then again from 37 percent to 31 percent between 2012 and 2016.

However, many areas continue to face problems despite the decline in monetary poverty. Clean water, electricity and modern medicine are all luxuries in most parts of Tajikistan as infrastructure is continually weak and ineffective.

Clean Water in Tajikistan Communities Key to Their Development

Attempting to build successful communities and advance the capabilities of local workforces, Global Partners has been an effective force for humanitarian relief in more than 20 countries, now focusing its efforts in Afghanistan, China and Tajikistan. Recognizing the need rural people have for clean water in Tajikistan, Global Partners established a team of engineers that began working in the country three years ago.

The team works to provide reliable sources of clean water in Tajikistan by finding nearby groundwater springs and laying pipework to the community. Additionally, the volunteers provide the village’s men with jobs, working alongside them and training them on how to maintain and repair the water system.

While the group is headquartered in Dushanbe, the capital of Tajikistan, most of their work is conducted in mountain villages around the city, where poverty has a greater hold on the people. For the past three years, the team has worked in seven villages, having supplied clean water to four, and beginning work in two more this summer.

Matthew Biggs, an engineer who has been working with the Global Partners team since November 2017, told The Borgen Project, “We’ve seen the effects of receiving access to clean water several times; even the prospect of renewable clean water is enough to revitalize a village. Giving such a basic need to these people has permanently changed their lives for the better and given a foothold for them to continue to reach higher standards of living.”

The work Global Partners is doing to provide clean water in Tajikistan continually addresses the most prevalent needs of the people.