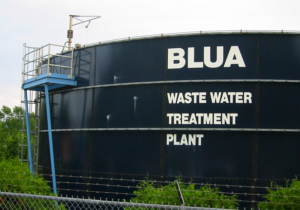 The idea behind a technology used to control pollution with algae may not be new but for the first time, scientists have found a way to efficiently implement this unusual system.  Aquanos Energy is now available and aims to produce high-quality water from liquid waste, using minimal amounts of energy.

The key to the advances made by Aquanos Energy lies in addressing algal blooms. Algal blooms are the result of an excess of essential plant nutrients into water. The higher concentrations of these nutrients cause an increased growth of algae and green plants. The term is often used when there is a rapid accumulation in the population of algae in a water system. As more algae and plants grow, others die and the dead matter becomes food for the bacteria. This results in what is often referred to as a “dead area.”

These blooms can be dangerous if the algae involved are toxic, however, researchers have come up with a novel way to control algal blooms and then use them to absorb these excess nutrients before they escape to other parts of the environment.

Researchers were unsure as to why other wastewater with algae treatments did not work in the past. They eventually came to the conclusion that the water which was used to test the methods in the past was simply not dirty enough. The recommendation reached as a result of these studies was that decontamination plants needed to be in shallow ponds and stretch over vast areas of land. Fortunately for people in dire need of fresh water all around the world, these recommended areas can be found in remote areas in developing nations.

Despite the impressive economic growth by developing countries such as India, problems produced by waterborne pathogens still amount to the cause of about 80 percent of illnesses. A huge part of this issue is the lack of wastewater facilities. Only about 20 percent of India’s communities had access to wastewater treatment in the past.

Traditional wastewater treatments require large amounts of oxygen for their biochemical activity. Supplying this amount of oxygen requires mechanical devices to provide air into the reactors to begin cleaning the water. Unfortunately, these devices demand huge amounts of electrical power, to which many developing countries do not have access.

The technology’s concept captures the interdependent relationship between bacteria and algae. The process results in a 90 percent reduction in plant energy and reduces the operational costs of wastewater treatment systems by 40 to 60 percent.

The concept was proven effective and successful in a demonstration project and is now being launched in parts of India and Africa.