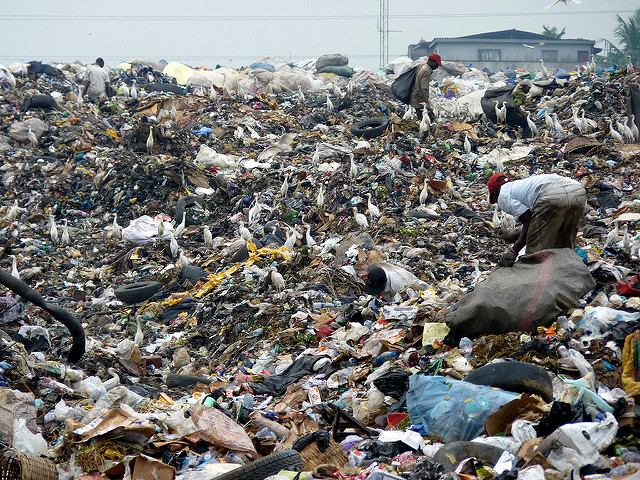 Nigeria is Africa’s most populous country, with more than 180 million residents within its borders. Fortunately, population growth is not the only growth that Nigeria has been experiencing. Over the last decade, Nigeria’s sizable population has gone to work, quite literally. Sustained growth in the finance, communications, technology, entertainment and service sectors led Nigeria to eclipse South Africa as the continent’s largest economy in 2014. Economic growth is certainly a positive indicator for overall development, but the country’s rapid market expansion is exacerbating the trash crisis in Nigeria, one of the country’s most pressing challenges.

Nigeria’s problem with urban waste management has been mounting for quite some time. Inadequate funding for waste management, poor policies, limited infrastructure and a dearth of professionals with the know-how to address this issue have had undesirable consequences for Nigeria. Urbanization and development have piled on additional issues. Car emissions are unregulated, and Nigerians often turn to generators that emit harmful fumes because of spotty electricity. To combat the trash crisis in Nigeria, many citizens have adopted waste burning as a regular practice. As a result, the country is home to some of the most polluted cities in the world.

Lagos, Nigeria’s largest city, has become somewhat of a poster child for the global trash crisis. As trash piles built up on the streets and pollution worsened, one woman from the city found a solution while studying abroad at MIT. A Lagos native, Bilikiss Adebiyi-Abiola relocated to the U.S. to pursue an MBA at MIT. What started as a school assignment grew into the lauded social enterprise known today as Wecyclers.

Adebiyi-Abiola launched Wecyclers in Lagos in 2013 as an answer to the trash crisis in Nigeria. Wecyclers is a low-cost social enterprise that incentivizes recycling for the residents of Lagos’ low-income communities. The process is simple:

Since its inception, Wecyclers has expanded beyond a community rewards-for-recycling program. Today, Wecyclers provides both residential and commercial waste collection. The company also conducts sustainability training and consulting for organizations, helping corporate clients and donors develop and implement socially responsible initiatives. Wecyclers has benefited community members and various stakeholders in numerous ways, transforming the old adage: one person’s trash may very well be their treasure.