Tag Archive for: Waste in Bangladesh 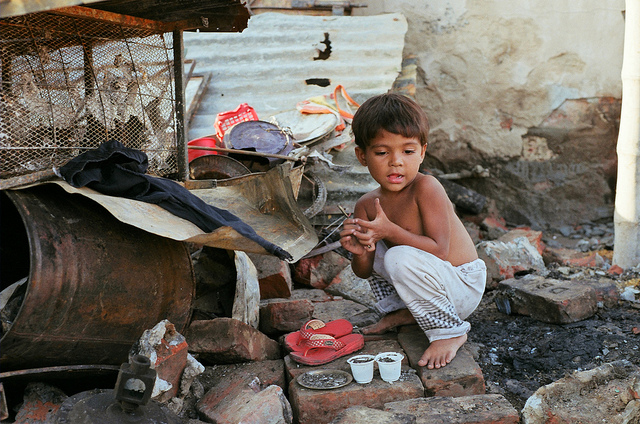 Waste management is an increasingly daunting problem for the country of Bangladesh, where as much as 50 percent of waste goes uncollected. Uncollected waste goes untreated, resulting in more water contamination, disease and greenhouse gas emissions. Untreated waste generates methane, which is 25 times more potent than carbon dioxide. Between 2005 and 2020, emissions as a result of untreated waste in Bangladesh are expected to rise 22 percent.

The capital city of Dhaka is not only the most densely populated area; it is also home to the worst waste management in the country. In 2010, Dhaka generated 4,700 metric tons of waste daily. Fortunately, 80 percent of the waste Bangladesh produces is organic material. Maqsood Sinha and Iftekhar Enayetullah saw this as an opportunity and decided to turn the organic waste in Bangladesh into something both profitable and beneficial to the community: compost.

The two enterprising men started an organization called Waste Concern and set up community-based composting. Several families (three to seven) share chest-high metal barrels into which they deposit their food scraps. The composting barrels hold up to 400 pounds of waste, sit on concrete bases and, through specially drilled holes, encourage aerobic decomposition.

Sinha and Enayetullah started Waste Concern in 1995, taking their barrels door-to-door. Since then, the organization has served 30,000 people in Dhaka city and 100,000 people in 14 other cities and towns in Bangladesh, including slums and low and middle-income communities. Composting the organic waste reduces methane emissions by half a ton and eliminates a significant amount of municipal waste. Community-based composting helps control waste in Bangladesh and also opens up job opportunities for low-income sectors, helping to lift people out of poverty.

The project has saved over $1 million in waste management due to the revenue created from the compost itself and the simple, cost-effective system needed to create it. As a result of its success as a small-scale operation in Dhaka, Waste Concern plans to expand into a bigger operation, consume more waste and dump out more compost.

The project’s growth reflects Bangladesh’s push to reduce the country’s waste output and strengthen its economic status. Getting the community involved not only decreases the waste in Bangladesh, but it also establishes an environment of accountability and family.