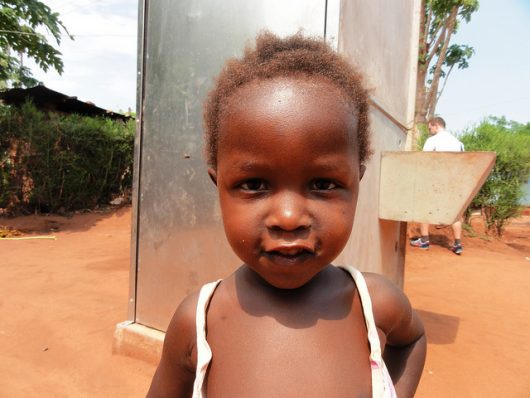 Five years ago, the government of Zambia partnered with The Millennium Challenge Corporation (MCC) in a $355 million push to improve water and sanitation in Zambia. MCC, a U.S. foreign aid agency, has been providing aid and oversight to this Southern African nation since 2012. The expectation was to improve the living conditions of as many as 1.2 million Zambians.

MCC’s investment in Zambia is coming to an end soon, though. With the compact set to expire in November of this year, the government will have to forge its own path to ensure that the progress made since 2013 will continue to be maintained and built upon.

The Need for WASH

Access to proper water, sanitation and hygiene (often referred to together as WASH) is vitally important to the development of any nation. Contaminated water and poor sewage facilities can lead to outbreaks of diseases like cholera and diarrhea, which can be crippling or even fatal. Lack of access to a convenient water supply can also force caregivers (often women) to spend hours each day drawing water from crude wells.

These concerns and others continue to be relevant in Zambia. Cholera outbreaks have spiked in the country this year due to a lack of WASH facilities. According to UNICEF, only 19 percent of rural populations have access to basic sanitation services. In urban areas, the number increases to a still shockingly low 49 percent.

Zambia’s population is growing rapidly. Following the trend of increasing African urbanization, nearly half of Zambians live in cities like the capital of Lusaka. The majority of those urban citizens live in low-income areas, most of which do not have developed sewer systems.

The Impact of MCC

MCC’s compact with the Zambian government was designed to address these problems head-on. The money it provided was put toward several major infrastructure projects, many of which are focused in Lusaka. The key focus has been improvements to the city’s sewers and a new drainage system, which will protect a million citizens from flooding.

In the long run, these investments should improve access to clean water and sanitation in Zambia. Beyond the personal quality of life benefits these improvements provide, they will also protect businesses from the danger of floods and help reduce the time needed to gather water. Reductions in sicknesses like cholera will also benefit both public health and economic productivity.

While MCC’s compact with the Zambian government is coming to an end, there are signs that its success may be carried forward after November. To begin with, MCC only invests in governments that show a genuine desire to better the lives of their citizens and the ability to properly use funding.

MCC’s goal is always to work in close collaboration with governments in order to ensure that they pass along the know-how to keep improvements running long after they leave. They have done just that in Zambia—training local water and sewage companies how to better manage their operations, consider environmental impacts and educate the public.

The projects started by MCC will not all be finished in November, but government workers and companies in Lusaka and around the country will be better equipped to continue making progress toward improved sanitation in Zambia.

It’s also important to note that Zambia will not be alone in pressing forward. Organizations like Water & Sanitation for the Urban Poor (WSUP), The World Bank and The African Development Bank are all providing funding and expertise for further WASH projects.

Zambia faces many challenges, but the government is taking ambitious steps toward bringing improved WASH standards to the entire country. The government will continue to focus on Lusaka, where they hope to provide city-wide sanitation services by 2035.