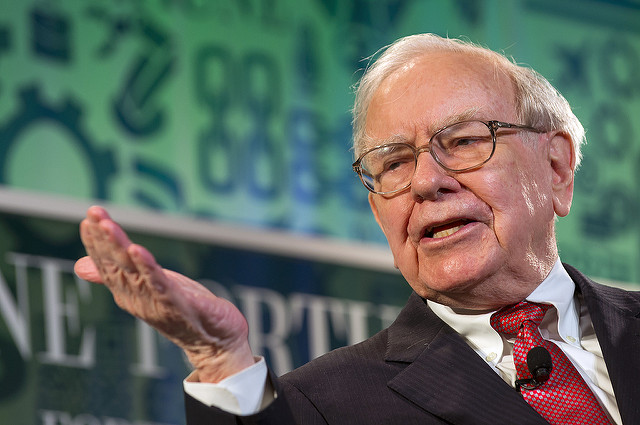 Warren Buffett is known for being on the top of the world’s most wealthy list. Today, he sits at number two on Forbes 2017 Billionaires List and runs the multinational Berkshire Hathaway conglomerate. While he may be most recognizable for his wealth, Buffett is a proven philanthropic powerhouse as well. He utilizes his status around the globe as a platform to promote his philanthropic movements and build support for global aid.

In 2006, Warren Buffett made the “the biggest single gift anyone ever gave anybody for anything” when he donated $30 billion to the Bill and Melinda Gates Foundation. In 2010, Buffett coupled with Bill Gates to build The Giving Pledge, which asks wealthy individuals around the world to join them in “publicly dedicating the majority of their wealth to philanthropy.”

This year, Buffett made his largest summer donation yet of nearly $3.2 billion in one day. Buffett is one of the most philanthropic individuals in the United States and his reputation amongst the wealthy serves to boost the motivation of others to donate.

On October 3, 2017, Warren Buffett spoke about the national poverty epidemic at the Purpose Built Communities conference in Omaha. At the meeting, Buffett called on the “government and philanthropists (to) do more to ensure that poverty doesn’t remain a barrier success.”

Buffett’s call to action is not lost on the global poverty front. As part of the 1 percent of the world that owns more than the other 99 percent, Buffett’s words reverberate around the world. His recognition of the importance of government and philanthropist involvement is something that should spark action worldwide, leading to global changes in poverty reduction efforts.

Reducing poverty is a multi-faceted, multi-dimensional and cross-sectional goal that requires the support of all able members of societies. Buffett’s involvement with the Gates Foundation and The Giving Pledge exemplify his understanding of the collective power. Buffett has pledged to give more than 99 percent of his fortune to charity and has garnered similar pledges from over 170 donors in 21 countries.

With the promises of other wealthy individuals, Gates and Buffett have collected funds for humanitarian efforts around the world. His partnership with Bill Gates augments the publicity for their mutual missions to combat global issues such as poverty, hunger and human rights.

By funding and creating charity-focused endeavors, Buffett has proven his status as a powerhouse in the philanthropy sector. Buffett’s notoriety and wealth bring attention to his actions and put a global spotlight on his philanthropic efforts, to garner support for poverty reduction and encourage global humanitarian movements.