Tag Archive for: War On Terror 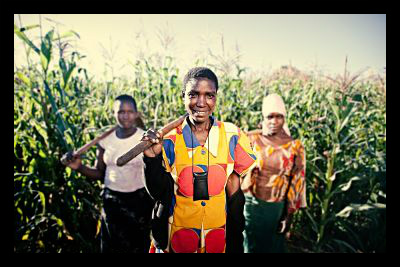 Nuru International focuses on fighting extreme poverty by teaming up with local communities in remote, rural areas across the world to help develop a specialized program centered around the community’s specific needs.

By giving out business and agriculture loans and teaching a variety of skills, Nuru fights poverty through an innovative sustainability engine. Instead of simple handouts or pamphlets, the program gives people solid opportunities to grow and become self-sufficient through mentoring local leaders.

Throughout his speech, Harriman highlighted how anyone and everyone has the opportunity to make a change. “I was a poor kid from West Virginia who became a Marine. If I can make a change, then anyone can make a change,” he said. “How in the world are we going to solve this problem if we don’t believe it can be solved?”

From his personal experiences in fighting on the war on terror, Harriman became convinced that extreme poverty is one of the most prominent contributing factors to the presence of 21st century terrorism. Upon discovering this, he enrolled at Stanford’s Graduate School of Business in hope to build this organization that could possibly rid the world of extreme poverty in his lifetime.

The program serves as a reminder that direct action is a necessity in fulfilling the dream of eradicating extreme poverty. Nuru International, with its unique business plan, reflects a bottom-up approach to slowly, but surely, dealing with global poverty. The ultimate goal of Nuru, says Harriman, is to make itself no longer needed. 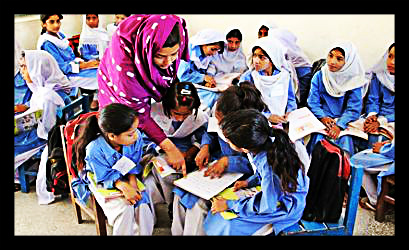 Armed with nuclear technology and on the border of Afghanistan, Pakistan has become an important country in the War on Terror. While the primary method for addressing terrorism has been militaristic and reactive, the United States Agency for International Development (USAID) has created a program to strengthen Pakistan’s educational system and thus help prevent the spread of terrorism – the Teachers Education Program.

Although it possesses nuclear technology and the world’s 6th largest military, Pakistan is still a developing country with roughly 60% of the population living close to or under the poverty line. Communities that struggle to meet basic needs are more susceptible to terrorist influences. The first step to converting someone into a terrorist is to meet the basic needs of a community that otherwise doesn’t have the resources to meet those needs.

The Teachers Education Program has recently awarded 200 scholarships of 20,000 Pakistani Rupees to students pursuing an associate’s or bachelor’s degree in education. This type of education reinforces the transition the Pakistani educational system is undergoing.

In Pakistan, the educational system is modernizing by moving from a base in rote memorization (which is founded on repetition) to a system based on critical thinking. With an updated and fortified educational system, Pakistani students will be better prepared to contribute to the economic development of their communities and thus limit the persuasive ability of terrorist cells.

Investing in the economic development of impoverished communities through education is an excellent way to prevent the spread of terrorism and strengthen the global economy.