Tag Archive for: War And The Poor 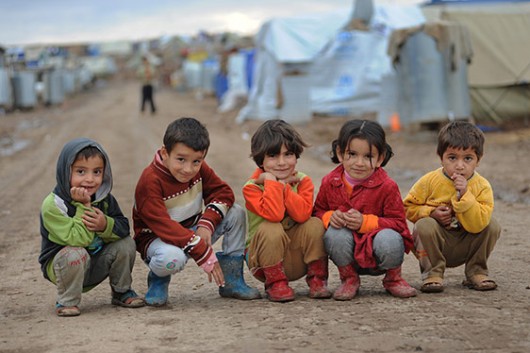 The introduction of the Sustainable Development Goals (SDGs) marked a deadline: the world has 15 years to eradicate global poverty. However, in order to achieve this goal, the causes of global poverty must be carefully analyzed. One such factor is how war impacts those who are living in poverty.

Afghanistan, Iran, Sub-Saharan Africa, Syria and others continue to be plagued with war and violence, and many individuals fall into what is known as a “poverty trap.” While peaceful countries are escaping poverty and violence, corrupt government leadership often leads to war which pushes societies into poverty.

Researchers from Stanford University studied the correlation between war and poverty and found four criteria that explain how war affects the poor.

For example, according to the World Bank, the Middle East has experienced a 30 percent decrease in GDP per capita since 1999. According to Stanford’s research, a 1 percent increase in GDP growth could reduce the risk of internal conflict by roughly 1 percent.

Almost 60 percent of the world’s poor are under the age of 25. With high youth populations, research shows that parents have more children in developing countries to cope with the lack of environmental resources in impoverished areas.

“[Long-term] demographic and economic data indicate that high fertility raises absolute levels of poverty by slowing economic growth, reducing the poverty reduction that growth would have helped deliver, and skewing the distribution of consumption against the poor,” The UN Population Fund reports.

Natural resource dependence has been linked to both rebellion and a weak government. Previous research by Stanford University showed that only high-value, easily extracted resources including agriculture and diamonds further increase the likelihood of war.

Thus, from understanding these four criteria, it is clear that global leaders will have to collaborate and find solutions for people who are trapped in poverty due to war.