Tag Archive for: War and Education 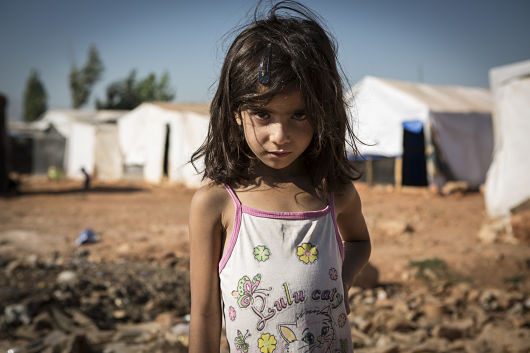 The impacts of war are numerous: lives are lost, loved ones are gone forever, governments fall, rebel groups fight for power. But how is education effected?

Around 57 million children around the world do not go to school. Violent conflicts hugely influence this statistic: 22 percent of the global primary school-aged population resides in areas of conflict and accounts for 50 percent of the number of children denied access to education.

Furthermore, 20 million of the 69 million secondary school-aged children who are not in school live in areas of conflict. Eleven million of those unfortunates are female.

Education is particularly effected in two bloody war zones: The Democratic Republic of the Congo (DRC) and Syria. In Syria, the number of cases of children being physically attacked for going to school, of receiving combat recruitment threats, or of having their school bombed have all increased.

The government in Syria is also alleged to have used security and school officials to interrogate children at school. It is probable that they were gathering information regarding the children’s political views and possibly any anti-government activities carried out by either the students or their parents.

All sides in the Syrian conflict have also occupied schools, utilizing them as bases, sniper positions, barracks, and detention centers for varying periods of time. These occupations bring only tragic outcomes. In some cases, children are harmed during armed occupation. In most cases, once armed forces vacate the schools, students do not return out of fear.

Almost 4,000 schools have been occupied, damaged or destroyed in Syria since the beginning of the war. In the DRC, similar problems have occurred, although child soldiers have been used more extensively. School attendance rates for displaced populations, which are highly prevalent in the DRC, are extremely low.

However, there have also been some successes in the DRC. For instance, over 20 million teacher guides and textbooks have been distributed throughout the country and four thousand new teachers qualified to teach primary school.

The biggest problem facing education in areas of conflict — besides the obvious effects of violence — is the lack of development funding. Education systems in countries of conflict are often overlooked, “receiving neither long-term development assistance nor short-term humanitarian aid.”

Only 1.4 percent of humanitarian aid goes to education, which is well below the global educational community’s call for four percent. In fact, education receives the smallest amount of money; only 26 percent of the money requested for education in areas of humanitarian crisis was received. This leaves a funding gap of $221 million.

The reality is that education takes a backseat when it comes to humanitarian aid. Governments view things such as food, shelter and water as more important when responding to humanitarian crises. However, without support for education, children are left without any safe refuge in increasingly dangerous environments. A lack of education can only further destabilize the peoples in these already difficult situations. More focus should be given to education systems in war zones and areas of conflict, so that while wars rage on, education does not fall behind.