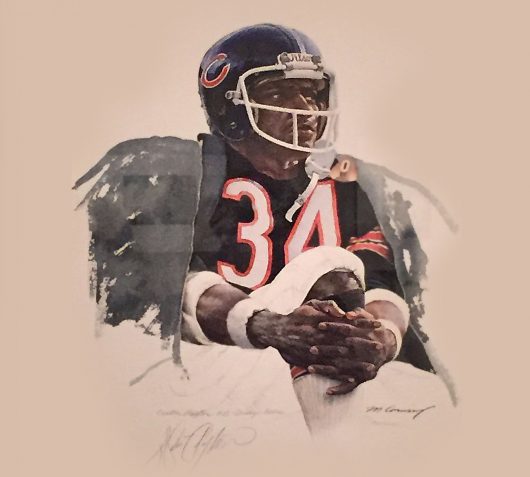 Super Bowl fever has come and gone, and while Patriots fans can rejoice in their victory, the season is not quite over yet for players on the remaining teams. On Feb. 4, the NFL Honors ceremony awarded many athletes who demonstrated sportsmanship throughout the season. A highlight of this event is always the announcement of the Walter Payton Man of the Year Award to one football star who takes success outside the stadium to charities most in need.

The Man of the Year Award has been given out since 1970 but was renamed in 1999 to honor Walter Payton, one of the NFL’s most charitable players. In light of his off-field contributions, each team continues to nominate one player demonstrating a significant impact on the global community, and a winner is chosen on the eve of the big game. This year, notables included many causes devoted to global poverty.

Washington Redskins wide receiver Pierre Garçon was nominated for his commitment to Haiti following the 2010 earthquake. Garçon originally started the Helping Hands Foundation to provide disaster assistance such as building shelters, establishing education systems and coordinating fundraising. Since then, he has returned every year to continue the work of the organization and hopes to create partnerships with other organizations investing in long-term sustainable ideas for Haitian communities.

Another nominee was Sam Acho, a linebacker for the Chicago Bears. Acho has been dedicated to the construction of a hospital in Nigeria that would serve more than 30,000 residents in remote rural villages. He has hosted an annual fashion show and celebrity auction since 2012 with all proceeds going to the initiative. He also travels to the affected area frequently to volunteer his efforts physically and financially. Plans show an expected completion date within the next few months.

Lastly, Seattle Seahawks’ defensive end Cliff Avril volunteered in Haiti because of his family heritage. Throughout the season, he promised to build a house for every sack he recorded. He also worked extensively on a project to build two new elementary schools opening September 2016 and April 2017. As part of this project, Avril funded six classrooms, laid the foundation of the building, erected fence posts for a community garden, hosted a sports camp and donated backpacks, cooking utensils, clothing and even a year’s supply of water. Finally, after Hurricane Matthew, he launched an online campaign to provide food and medical supplies for damaged locations.

While only one of the 32 nominees won the Man of the Year award and the accompanying $500,000 donation to a charity of his choice, all nominees were guaranteed $50,000 to their charity as well. Therefore, regardless of the outcome, the reception of this award closed out the season with a nod to developing communities.