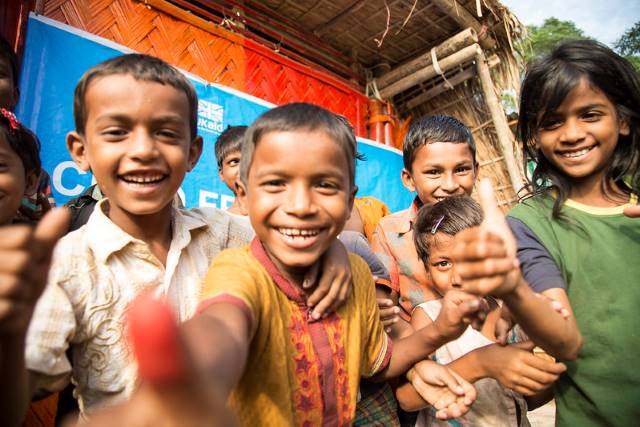 The Rohingya are an ethnic Muslim minority group who have lived in Myanmar for centuries. The Rohingya follow Islam and have their own language and culture. In 2017, there were one million of the Rohingya population living in Myanmar. However, the government considered them illegal immigrants from Bangladesh and refused to recognize the Rohingya as citizens. The government targeted the Rohingya, leaving thousands fleeing as a result of discriminatory violence and abuse. However, ASEAN Parliamentarians for Human Rights (APHR) works to help the Rohingya.

The Targeting of the Rohingya

The government officially forced the Rohingya out of Myanmar on August 25, 2017, by burning Rohingya villages and attacking and killing the population. Hundreds of thousands had to flee by sea or foot. A minimum of 6,700 Rohingya, including at least 730 children under 5, died in the month after the conflict occurred. Furthermore, at least 288 villages burned down in northern Rakhine State.

In January 2020, the International Court of Justice (ICJ) ordered Myanmar to protect the Rohingya from genocidal attacks. The country’s leader, Aung San Suu Kyi, denied all allegations of genocide or ethnic cleansing.

The ASEAN Parliamentarians for Human Rights

The ASEAN Parliamentarians for Human Rights (APHR) is a network of parliamentarians promoting democracy and advocating for human rights in Southeast Asia. Founded in June 2013, the APHR’s mission is to create a safe place where all people can live without fear of violence and discrimination. Specifically, the APHR focuses on preventing democratic and human rights violations.

The APHR is an organization consisting of public figures in positions of power working with government officials and upholding political freedom. The APHR targets public figures and organizations based on specific strengths and the ability to persuade. The organization emphasizes the importance of international relations and environmental sustainability. Founding members include Charles Chong from Singapore, Son Chhay from Cambodia and Walden Bello from the Philippines.

The APHR works to implement democracy and fundamental freedoms, including freedom of religion or belief programs. The organization brings officials together through workshops, forums and conferences while working with the United Nations, parliaments, international governments, communities, shareholders and grassroots actors.

The APHR in Myanmar

The APHR is currently focused on assessing regional response to the Rohingya crisis in the Rakhine State in Myanmar and holding the Myanmar military, known as the Tatmadaw, accountable for the recent attack on Armed Forces Day. Tens of thousands of people protested in support of democracy in Myanmar and security forces responded by killing 114 people, including children, on March 27, 2021. The APHR called upon the international community to take action against these atrocities.

The APHR members spoke to refugees to gather information on the human rights violations being experienced by the Rohingya in Myanmar as well as the situation in Bangladesh that led them to flock to Myanmar. The APHR requests that Myanmar’s government allow U.N. agencies and others looking to provide humanitarian assistance access to the northern Rakhine State. Journalists should be allowed to investigate and report accurately on the abuses happening, and “impartial and independent” investigations leading to fair trials seeking reparations ought to take place.

ASEAN Parliamentarians for Human Rights has worked effortlessly to help many other people and causes in addition to the Rohingya people. Overall, the APHR shows its dedication and commitment to protecting the most vulnerable populations.