Today, an estimated 115 million children are working — often forced — to produce many of the basic items we buy for cheap at local malls and retail stores. Ranging from the food we eat to the accessories we wear, there are reportedly around 128 goods which exploit and degrade the well-being of these children. Below is a list of the five most common products of child labor.

According to the Department of Labor, cocoa is produced in at least five countries which utilize child labor, including Ghana, Nigeria and Cote d’Ivoire. Major candy companies such as Nestle and Hershey’s have been linked to some of these suppliers. Just recently, Nestle was accused of breaching its supplier code, including clauses of child labor, safety and working hours. Hershey’s, too, is reported to have at least thousands of children currently harvesting cocoa beans for the company in West Africa today.

Currently being produced by five countries which utilize child labor, such as Afghanistan, India, and Pakistan, these products of child labor are being shipped to retail outlets around the world, including areas of Europe, Asia, and the United States.

One of the most popular goods in the world, tobacco has been reported to have been harvested in at least 15 countries that use child and forced labor. Philip Morris International, which manufactures Marlboro cigarettes, has actually admitted that the fields in which the company buys their plants have at least 72 child laborers: the youngest being 10 years old. Tobacco is being harvested by children in countries today such as Mexico, the Philippines, Argentina, Brazil and Uganda.

Apple and Samsung, two of the world’s leading electronics corporations, have recently went under attack for alleged use of child labor. In fact, Apple recently discovered multiple infringements of child labor with some of their suppliers, including one Chinese company that employed at least 74 children. Samsung, too, has been accused by labor rights groups for employee mistreatment and for exploiting child labor. The investigation, which looked into eight factories in China, proved some employees were working at least 100 hours per month of overtime and that children were “knowingly employed.”

Cotton is produced by at least 16 countries which use child labor, including China, Egypt and Turkey, according to the Department of Labor. In fact, some of our most popular retail chains — from H&M to Wal-Mart to Victoria’s Secret — have been accused of benefiting from child labor. H&M, one of the world’s leading fashion chains, is currently under pressure to eliminate its ties with clothing suppliers that buy cotton from Uzbekistan, where large amounts of the plant are harvested by children.

Before you buy something, know where it’s coming from. Stand up for what you believe. Let’s put an end to supporting these corporations who take advantage of children just like our own.

At Solbridge International School of Business in South Korea, students and teachers gathered at a seminar and spoke of how Asian markets were booming because of the combination of huge labor pools, unregulated industry and extreme wage inequality. In combination, these factors have attracted business and manufacturing firms from around the world, producing products at miniscule costs.

Every lecturer spoke with great confidence on the boon of wage inequality and unregulated industry. For the corporate beneficiaries at Apple, Microsoft, Nike, Wal-Mart and other manufactures with production lines in Asia, the low wages, no labor benefits and unregulated industries are certainly a great benefit. But what about the actual worker on the assembly line?

Estimates from the United States Bureau of Labor Statistics approximate that Chinese factory workers earn a paltry 64 cents an hour. Such low wages are not sufficient to lift oneself out of the perpetual cycle of poverty. Lack of labor unions or collective bargaining rights prevent worker representation to counter corporate interests, resulting in long hours in unsafe working conditions for little pay and no benefits.

The prevailing economic ideology at the seminar ignored the blatant instances of social and financial inequality that perpetuates so many instances of poverty around the world. From a moral perspective, workers should be given fair wages and proper representation because that’s what’s “right.” But big business and fairness are rarely considered simultaneously. However, even from a financial perspective, a well-paid, safe and cared-for labor force can benefit everyone.

Robert Reich, former U.S. Secretary of Labor, wrote on the validity of paying workers fair wages. Reich pointed out that in 1914, business magnate Henry Ford paid his workers $5 per eight-hour work day for his Ford Model T production – triple what the average factory worker earned at the time. And yet to the chagrin of critics who called Ford crazy, socialist or both, these high wages created a class of laborers capable of remaining financially secure and able to become consumers of their own product. With higher wages, Ford’s autoworkers could eventually purchase a Model T of their own, reimbursing the company for money spent on higher wages. In the next year, Ford’s profits doubled.

Reich makes an important note in his book, “Aftershock:” “Workers are also consumers,” he says. “Their earnings are continuously recycled to buy the goods and services other workers produce. But if earnings are inadequate…an economy produces more goods and services than its people are capable of purchasing.” In the end, everyone suffers from unfair wages. The economy stagnates and poverty reigns.

In addition, the seminar wrongfully ignored the potential for blow-back resulting from the unfair wages and dangerous working conditions. This is highlighted at Foxconn in China, the primary electronics manufacture for Apple. Work conditions and pay have been strenuous enough to cause a stream of suicide attempts. In 2010 alone, 18 workers leapt from the company’s rooftops. Without financial recourse, factory workers like those at Foxconn strike for better working conditions, damaging both the company’s profits, investors’ returns and the workers’ ability to provide for themselves and their families.

Criminally cheap labor is not conducive to an efficient workforce, and while the Asian markets continue to boom, laborers have not seen a proportional share of that growing economy. Promoting prosperity is as simple as decreasing this vast inequality. 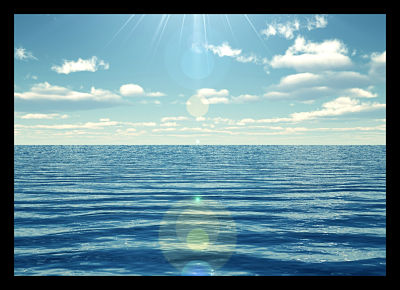 Our most valuable resources on this globe are our oceans. Our lives depend upon the ocean and the food we fish from it. Never before have we had to worry about harming this resource to such an extent that it limits our food production. However, we have begun to “fish out” our world’s oceans, which cause great problems since our population is only growing and our demand for resources is also growing. Some major corporations such as McDonald’s and Wal-Mart have begun to take steps towards sustainable fishing.

McDonalds has announced that the packaging for their fish items on the menu will carry a blue eco-label provided by the Marine Stewardship Council (MSC). This label guarantees that 99% of all McDonald’s fish will come from MSC approved sources. Wal-Mart has created a Sustainability Index to measure 70% of its suppliers by 2017. While these corporations are leading the way for businesses to practice sustainability, it is just the beginning for better awareness of our oceans.

On June 8, the World Economic Forum’s Global Agenda Council on Oceans agreed upon two new initiatives that will guide the management of our oceans in the future: the Ocean Health Index and “Seafood Traceability.”

Until now, we have never had a way to measure the health of our oceans. With the Ocean Health Index, we can rate the sustainability of our oceans on a scale of 0-100. It measures the oceans against 10 goals including coastal protection, clean tourism and recreation, and food provision. Not only can the Ocean Health Index be used on a global scale, but it can be used on a regional scale as well. It gives policymakers the ability to make informed decisions about the productivity of the water.

The second initiative, seafood traceability, will provide necessary information to manage seafood resources worldwide. This initiative will help businesses trace back fish products from the fisheries where they were caught and learn essential information about how the fish were caught. Without this, it would be impossible to regulate and control illegal fishing habits.

The ocean is our largest asset that generated almost $72 trillion GDP in 2012. By taking steps like McDonald’s is taking or learning how to monitor our oceans better we are keeping them healthy and productive. 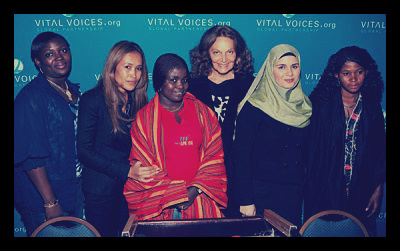