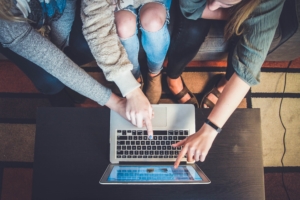 While strolling through a college campus, one can expect to see bake sales and advertisements for fun runs or raffles, all aimed at raising money for causes the students care about. Global poverty alleviation is one of the many worthwhile causes students often support. Campus chapters of organizations such as Amnesty International and UNICEF rank among the most popular student philanthropy groups in the country. Additionally, many non-philanthropic clubs and campus organizations, including most sororities and fraternities, involve an element of giving back, thus showing that student philanthropy can fight global poverty.

Consequences of the COVID-19 Pandemic on Student Philanthropy

With many U.S. universities making difficult decisions about how to proceed with learning in light of the coronavirus pandemic, many students’ fundraising and philanthropic efforts will have to adapt. Some colleges have decided to operate entirely online, while others are offering a mixture of online and in-person classes.

Regardless of how a university chooses to deliver classes to its students, campus life will not carry on as usual. Clubs will likely have to meet virtually, forcing those with a philanthropic focus to find new ways to conduct their service and fundraising online. This change presents a unique challenge, but a unique opportunity as well.

Ashlyn Stone, a psychology major at Wake Forest University, told The Borgen Project about her efforts to alleviate global poverty. In the fall of 2019, she served as vice president of service in her university’s chapter of Alpha Phi Omega. One of her responsibilities in this role was to coordinate an international hunger relief event with Rise Against Hunger. This organization aligns itself with the United Nations’ Sustainable Goal #2 of Zero Hunger, which is to end world hunger by 2030.

In 2019, Rise Against Hunger packaged more than 538 million meals, serving countries around the world. Much of its focus was on vulnerable regions like Central America, sub-Saharan Africa and Southeast Asia. The efforts of Stone and her chapter resulted in 20,000 meals delivered to Nicaragua. Stone attributed her success to implementing “larger and smaller fundraisers throughout the semester to pay for enough food to be packaged.”

Stone noted that wide-scale fundraisers like the one she organized will change if students are not on campus. She admitted, “It’s easier to plan these efforts in person. Communication will be harder. We won’t be able to have as many fundraisers. But I’m hoping there are ways that we can still raise money even if we can’t do the hands-on work.” A key component of continuing the fight against global poverty will be raising awareness and organizing fundraisers online.

In this regard, Stone expressed hope and optimism for the future of online student philanthropy: “Our generation is unique because we have the power of communication at our fingertips and we don’t have to go out of our way to make a statement. We don’t want to just sit back and watch the world change, we want to make a difference.”