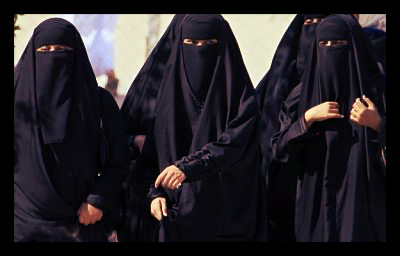 On June 15th, activists Wajeha Al-Huwaider and Fawzia Al-Oyouni were sentenced to 10 months in jail and a two year travel restriction thereafter. The women were found guilty of “takhbib” or interfering in a marriage. On July 12th, Ms. Al-Huwaider and Ms. Al-Oyouni filed an appeal.

Ms. Al-Huwaider and Ms. Al-Oyouni are prominent women’s rights activists in the country. Some believe the arrests and convictions are a result of Saudi Arabia’s crackdown on prominent rights activists. Ms. Al-Huwaider gained notoriety in 2008 when she posted a video of herself driving a car in Saudi Arabia, a criminal activity in that country. She was also listed in the 100 Most Powerful Arab Women of 2012. Ms. Al-Huwaider is also the co-founder of the Saudi women’s rights group the Association for the Protection and Defense of Women’s Rights.

Joe Stork, Deputy Director of the Middle East and North Africa division of Human Rights Watch believes Saudi Arabia is cracking down on rights activists. While King Abdulla has appeared supportive, reforms supporting women’s rights have not been as far reaching as some would like to see. He has appointed thirty women to serve on the Shura Council and women will be allowed to participate in municipal elections. These milestones mark the first opportunity women have had to hold public office in Saudi Arabia.

However, these are very small reforms. The Shura Council advises on legislation but does not make laws. It is yet to be seen how municipal elections turn out and whether any women are able to garner enough votes or even run. The elections are scheduled for 2015.

While Saudi women have experienced a leap forward in the workforce; there is still progress to be made. King Abdullah announced that stores catering to women (jewelry, lingerie, clothing etc.) will not be staffed by females. Even though only 17 percent of Saudi women participate in the workforce, 60 percent of college graduates are female. Mr. Khalid AlKhudair launched Glowork in 2012, the first all-women online recruitment company in the Kingdom. Mr. AlKhudair recognizes the benefits of being a man campaigning for women’s rights rather than a female in this position. As a man his company and his voice is taken more seriously in the country.

Despite these reforms, Ms. Al-Huwaider and Ms. Al-Oyouni are unlikely to have their appeal granted. Gaining grassroots support for the two women is difficult given the restrictions on female movement and communication in the country.