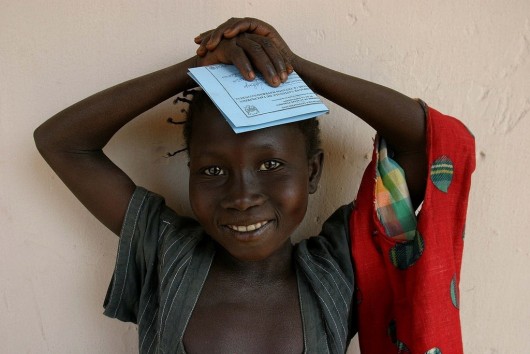 Health care is considered by many to be a fundamental right. However, there are so many people in the world that do not have access to the care and services they need, creating a global health crisis.

A project called Waiting for Health brings awareness to this problem through a photo series that chronicles the stories of those waiting for health care. The photos are taken by 12 photographers and focus on 12 different countries.

The Waiting for Health project was created by the Global Coalition for Universal Health Coverage. It also had support from the Rockefeller Foundation.

Ultimately, the project hopes to spark a conversation about the disparity that exists in health care around the world.

According to the World Health Organization (WHO), approximately one billion people in developing countries do not have the access to health care that they need due to a number of factors such as high costs, poor quality facilities as well as a shortage of health care workers.

A 2014 WHO World Health Statistic revealed that in the African Region there were approximately 2.6 physicians per 10,000 patients. The density of the remaining health workforce to the population is also concerning: nursing and midwife personnel (12), dentistry personnel (0.5) and pharmaceutical personnel (0.9).

Due to the lack of financial resources, many people living in extreme poverty often have to choose between getting the medical attention that they need or buying food for survival.

Waiting for Health hopes to rejuvenate the conversation surrounding health care. Photographer Aurelie Marrier d’Unienville says that the photos will give people a different perspective on health care in developing countries. The photos will add a touch of “humanity” giving viewers a better visual understanding of what is occurring around them.

“Statistics and surveys present us with inanimate and abstract figures of which we can’t relate,” she said. “These photos present a compelling and visual story, which can evoke a sense of real understand and empathy.”

Her photos focused on the health care crisis in Guinea, but the series documents many other global experiences. Another example focuses on Libyan refugees in Norway waiting for mental health care.

According to the Waiting for Health website, “We hope these photographs inspire all of us to slow down and think more deeply about what really needs to change and make universal health care coverage a reality,”