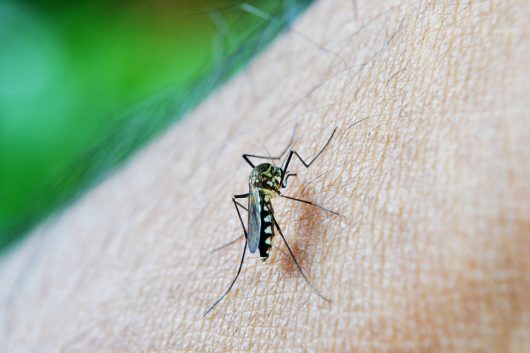 The dengue epidemic in India is a reoccurring plight — new hoards of mosquitoes hatch during the wet monsoon season. These insects carry a number of diseases that citizens have been unable to protect themselves against. From this yearly mosquito infestation, dengue is one of the most commonly contracted. It manifests as a harsh influenza, but can quickly turn into severe dengue, and will sometimes result in death.

There are four different strains of dengue, meaning that one individual can get dengue up to four times before building an immunity to each strain. That is only if the person makes it that far; every time an individual contracts more than one strain, there is a greater risk of severe dengue.

The problem with eliminating mosquito-borne diseases is that the insect is highly adaptable. It thrives wherever water is available; eggs can lay dormant for more than a year and hatch immediately when exposed to water. Mosquitos themselves are evolving as well, and have begun to prefer the taste of human blood more than the blood of other mammals. They are also becoming intelligent enough to hide in homes during the day to bite unsuspecting sleepers at night.

The World Health Organization (WHO) claims that the best way to prevent mosquito-borne illnesses is to kill mosquitos in all stages of life. As it stands now, citizens in India can only stunt the spread of the dengue epidemic through fogging, disposing of standing water and maintaining a clean living space.

However, citizens alone cannot destroy all mosquitoes. Hence, the best tactic to approach the dengue epidemic in India is to supplement individual actions with other means of mosquito prevention. Thankfully, the elimination of mosquitos is a mission that researchers are working hard to accomplish.

The International Atomic Agency has been able to suppress insect populations extensively in other areas by sterilizing male mosquitos with low doses of radiation, making the eggs they fertilize unviable. Similarly, there has been notable success with a new form of mosquito suppression that uses the Wachovia bacteria, a bacteria that does not infect humans, but prevents eggs fertilized through infected males from hatching.

Surprisingly, the Centers for Disease Control and Prevention (CDC) does not believe that efforts to suppress mosquito population on a large scale will likely be realized through the sterilization of male mosquitos. This is because large numbers of infected mosquitos need to be affected to properly address the problem. However, when it comes to those who have made little to no headway in stemming the growing mosquito population, even some relief is welcome.

As Ila Patnik of the Indian Express points out, the burden to control the mosquito population cannot rest on citizens alone. Suppressing the mosquito population may take time, but at least it is a means to an end. Mosquito sterilization is a worthy course of action in decreasing the dengue epidemic in India, at least until a more effective solution presents itself and more people have access to the newly tested dengue vaccines.