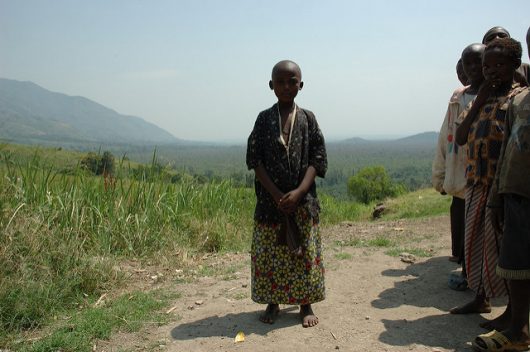 Human trafficking is both a human rights and an economic concern. The following is a discussion on the progress being made in eliminating human trafficking in the Democratic Republic of the Congo (DRC).

Human trafficking accounts for a large portion of the economic flow in the Democratic Republic of the Congo; unfortunately, little is being done to combat this occurrence by the Congolese government. This practice has thus continued to be a common human rights violation in the country and is perpetuated by a handful of linked issues such as corrupt government, poor economic climate and low infrastructure.

Currently, no laws exist in the Democratic Republic of the Congo to prevent human trafficking.

Further, human trafficking rings are often under the control of gangs and various militant groups that the Congolese government has little power to challenge. This makes the country a breeding ground for human trade and other human rights violations.

Despite the Congolese government’s inefficiency in eliminating human trafficking in the DRC, several different aid groups have begun working on behalf of the cause. Among these groups are the United Nations and USAID.

Unfortunately, Joseph Kabila, the current president of the Congolese nation, is refusing aid, insisting that it is not needed despite the millions of displaced people unable to regularly access food. Kabila has threatened outside parties that offer assistance — including Sweden and the Netherlands — and made it hard for the victims of and those vulnerable to human trafficking to receive the intervention that they need.

Earlier this year, the humanitarian assistance needed in the DRC was estimated at $1.7 billion, which is four times the amount of aid that was offered last year. Due to increased hostility from President Kabila, those raising aid for the nation will face large hurdles from the government if they continue working amidst Kabila’s threats.

Although the United Arab Emirates has been clear that they will not sponsor aid unapproved by Congolese officials, at this point no other aid source has withdrawn their pledge to support the rehabilitation of the DRC. The hope is that the aid to be received will be used to confront big-ticket issues in the nation, with human trafficking among the biggest concerns.

While there are many obstacles that the Democratic Republic of the Congo faces along with anyone who dares to support its victims, there is a clear opportunity for the world to be a force for good.

There is power in numbers, and the greater support citizens of the nation receive, the greater the likelihood the nation will push through to the other side of its very real and serious struggles.

A great tool for U.S. citizens is writing to representatives about issues that are important, requesting changes. Many small voices can make a powerful impact.