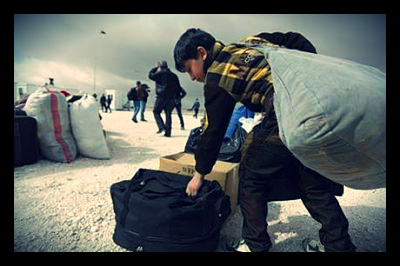 With Syria’s neighbors in the Middle East struggling under the strain of refugee arrivals and no end for the war in sight, countries from the West are beginning to take on the refugee burden. Germany and Sweden have been the largest European recipients of Syrian refugees up to this point, but March 25 was the first day that Syrians were welcomed under the Vulnerable Persons Relocation program. The willingness of the United Kingdom to take part in the refugee effort will be an important partner to the Middle Eastern nations and could encourage other Western nations to step up.

Reports said that about 10 to 20 individuals came to the U.K. as the first part of the Vulnerable Persons Relocation (VPR) program. It is a modest start to a program that is expected to bring in hundreds of Syrians over the next three years. The Immigration Minister for the U.K., James Brokenshire, said, “I am pleased to confirm that the first group of Syrians have now arrived… we believe this VPR scheme will make a real difference,”

This is part of a program the U.K. is putting in place to push for Syrian relief. In total, the U.K. is donating 600 million pounds (roughly $825 billion) to the relief effort and has already taken in almost 4,000 Syrians seeking asylum since the crisis began. The hope is that while the West may not be able to come to a peace revolution over Syria, the countries can do their best to alleviate the suffering of Syrians.

The refugees coming in as part of the VPR program was prioritized, as the program focuses on bringing in women and children or those that have come into danger as a result of the war. The director of the Council for Arab-British Understanding said of the program, “The arrival of Syrians… will make a huge change, offering them the opportunity to try to recover from unimaginable horror.”

This is all part of an effort by the United Nations High Commissioner for Refugees (UNHCR) to have a massive resettlement for the Syrian refugees. The director for the UNHCR in Europe had previously been critical of the U.K. for not doing enough to help the Syrian refugees. The U.N. has called for 30,000 of the most vulnerable Syrians to be relocated, as well as 130,000 over the next three years. With the beginning of this program in the U.K. will set an example for the rest of the Western world to step up its efforts.

There is still so much that has yet to be done concerning the Syrian crisis. The war has borne witness to countless atrocities on other side, and it seems that at this point in time peace efforts have been forgotten. The Borgen Project and organizations like it will continue to push for justice to be done regarding the Syrian citizens. The work on which the U.K. is embarking is the first step in a long path back to safety for the people of Syria.