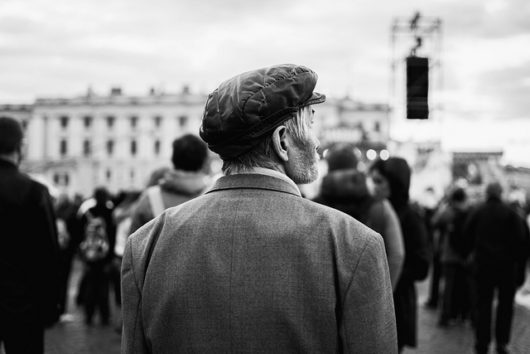 On April 3, 2017, 14 people died and 64 were injured when an explosive device detonated in the St. Petersburg metro. The perpetrator, Akbarzhon Dzhalilov, who also died in the explosion, came to St. Petersburg in 2011 from Osh, Kyrgyzstan to work as a car mechanic. Upon reviewing Dzhalilov’s online record and talking with witnesses, Russia’s Federal Security Services found links to Islamist websites on his social media, as well as evidence that he had become withdrawn and quiet two months before his suicide bombing.

The St. Petersburg attack brought Russia’s approach to counter-extremism to the spotlight. More than 2,000 Russians have gone off to fight for ISIS, making Russia the largest contributor of ISIS fighters. While some of these fighters harbor resentments dating back to ethnic wars in the 1990s, others saw ISIS as an opportunity to escape from poor economic opportunities and blatant discrimination at home.

When the Soviet Union fell in 1991, Chechnya, a majority Muslim, southern region of Russia, descended into chaos. Boris Yeltsin, the first president of Russia, pushed for a decentralization of government but would not go as far as to legitimize Chechen separatists’ independence movement. Interethnic conflict engulfed the Caucasus region, with hundreds of thousands of Ingush people and Chechens fleeing from the destruction of their communities. This legacy of insurgency and violence is one of the main causes of radicalization in Russia, especially in the Northern Caucasus, which remains Russia’s most radicalized region even today.

Radical Islamists tend to be concentrated in cities with high concentrations of migrant workers, particularly in the oil-producing cities of Tyumen and Khanty-Mansiysk. In fact, close to 200,000 Chechens, Ingush and Dagestanis live in West Siberia.

Labor migrants from Central Asia face xenophobia after arriving in Russia. In August 2016, one poll administered by the Levada Center found that 52 percent of Russians believe in a “Russia for ethnic Russians.” The same poll found that 39 percent of Russians feel that immigrants destroy Russian culture. Feeling out-of-place as a minority, these migrants seek community and protection in local mosques, breeding grounds for recruitment into radical Islamic groups. In fact, mosques are the main sites of recruitment, according to the Search for Common Good Organization.

Law enforcement and security agencies alienate Muslims by promulgating propaganda that belittles their beliefs. A Wilson Center report details how law enforcement officials in Russia plant drugs while searching the homes of Muslims, only to arrest and jail them later. Intimidated by state pressure, these Muslims seek recluse in the ranks of ISIS.

In order to target and entice potential recruits, terrorist groups use social media and online forums. VKontakte, a popular Russian social media site, was the go-to for ISIS supporters and recruiters until the company began shutting down content that promoted the terrorist group in September 2014. To work around these restrictions, ISIS now uses its own Furat Media to disseminate propaganda.

Russia has implemented stringent counter-extremism laws, to the point that some critics worry about an invasion of piracy. A 2014 Extremism Law gave authorities the power to ban websites and social media accounts without a court order. In the span of 11 months, between February and December 2015, Russia banned 512 websites. Moreover, the 2016 Yarovaya Law forces digital providers to store clients’ data for a minimum of six months and make these records available to the Federal Security Services.

Extremist groups recruit financially vulnerable migrants with promises of stable jobs and a network of support. More than 28 percent of interviewees in a survey by the Search for Common Ground organization said that the prospect of stable jobs and salaries attracted them to ISIS recruiters. This issue is compounded for undocumented migrants in Russia, who are much more vulnerable financially.

While the Russian government’s counter-extremism laws are harsh, its official rhetoric against its Muslim population, 11.7 percent according to the Pew Research Center, has the unintended consequence of promoting radicalization.

The time is now for Russia to consider more than just its censorship of extremist content. The country must, first and foremost, eradicate the root causes of radicalization, addressing state-sponsored discrimination, financial insecurity and minority rights.