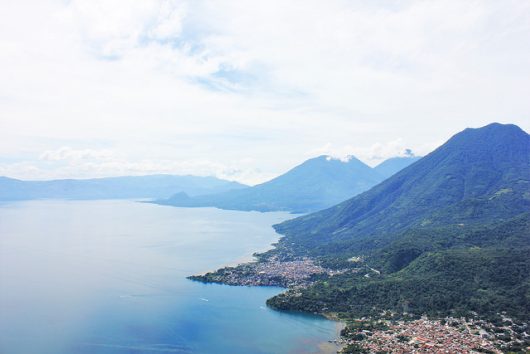 Currently, in Guatemala, 200 people are missing, 110 people are deceased and more than 1.7 million people have been impacted by the eruption of the Fuego volcano that began on June 3. It was the nation’s most severe volcanic eruption in 45 years and the size of this disaster has compelled many around the world to act.

Images of the volcano’s victims and its devastating impact are easily accessible on social media, as are advocacy and volunteer opportunities. Keep reading for a few examples of how to help Guatemala’s Fuego victims and bring awareness to the crisis.

Social media has made advocacy from home possible and is one of the easiest ways to get involved in a cause. Several hashtags have popped up on social media platforms since the eruption began as a way to raise awareness along with fundraising and donation opportunities. With a simple search on Instagram or Twitter for any of the hashtags mentioned below, users can see pictures and updates on life in Guatemala after the volcano.

Examples of popular hashtags include:

Another social media site that has offered ways to help Guatemala is Facebook. Beyond matching donations, the Crisis Response page on Facebook for the volcanic eruption has become a way for locals to find and give help. Facebook users can post to the page and list what they are offering or need, their location and how to get in contact with them.

Scrolling through the page shows people offering food, shelter or supplies, requesting help and asking for volunteers in specific locations. What is even more impressive is the number of posts that have already been completed or closed. This is yet another example of a relatively easy and effective way to help victims of Fuego’s eruption.

The Red Cross, led by the CruzRojaGT or Guatemalan arm of the organization, has been working tirelessly to provide rescue operations and support to Guatemalans. This organization has no intention of leaving soon and is putting long-term plans into place in order to keep helping survivors of this crisis.

The organization administered an emergency appeal to maintain programs in Guatemala to support 6,000 vulnerable people for at least a year. More than two weeks after the initial eruption, there are still 1,600 volunteers helping families evacuated during the eruption.

The American Red Cross is offering help as well, with programs set up to help people find loved ones they may have lost contact with in Guatemala. Beyond donating to the cause, sharing this information and keeping up to date on the current conditions are great ways to get involved with the Red Cross efforts.

Donations Flow In to Help Guatemala

In horrible times of crisis, sometimes the only positives are outpourings of support from the global community. There are many organizations and nonprofits accepting donations to provide help to burn victims, shelters, supplies and future rebuilding. GoFundMe set up a page with verified campaigns aiming to raise money to help Guatemala. Many of these funds were started by Guatemalans or people with ties to the country and some have already raised over $100,000.

This is partially made possible by the thousands of social media users who have used hashtags and posts to bring awareness to these causes and the ongoing impacts of the eruption. After the dust settles in Guatemala, it is important to keep sharing and being advocates for the millions of people impacted by Fuego’s eruption and to bring awareness to this crisis.