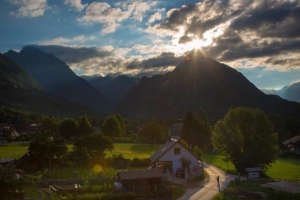 Lying in central Europe is Slovenia, a country known for its mountainous terrain and as the land which once made up Yugoslavia. A small country, Slovenia is rather young and hasn’t made a large splash in global discussion yet. Still, it’s a country with classic European sights and environments that are perfect for an adventurous spirit. The country also has a more industrial side. Its society moves forward through the years and is powered by a productive education system. Here are eight facts about education in Slovenia that show what’s beyond the mountains.

Top 8 Facts About Education in Slovenia

Slovenia, despite being a smaller country, has a high functioning education system. The compulsory primary education pushes students out the door and offers opportunities in the exploration of knowledge. The split between vocational and academic study encourages both intelligence and industrialization within the country. As education is fully affordable, students are given the best chances possible to succeed in life. If one were to visit Slovenia, they might be more interested in the sights than the society—but one look at their schooling showcases an up-and-coming force in the world which one ought to pay attention to.