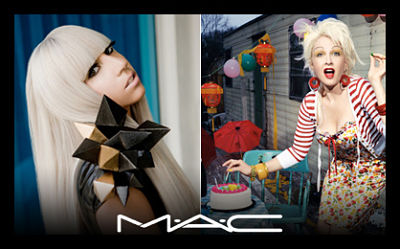 While Canadian cosmetic company MAC has developed a cult following for its make up products, it has made over the lives of millions without make up since the company established the MAC AIDS Foundation (MAF) in 1994. Throughout the course of nearly 2 decades, MAC has raised $270 million for HIV/AIDS prevention, education, treatment and support by contributing 100 percent of proceeds from Viva Glam sales to MAF.

In 2010, MAC Viva Glam enlisted songbirds Lady Gaga and Cyndi Lauper to represent its From Our Lips campaign, which worked to raise awareness about the prevalence of HIV/AIDS infections among females – which is especially disproportionate in developing nations. In sub-Saharan Africa, women comprised nearly 60% of those living with HIV/AIDS. Conversely, it has been estimated that 75% of all women with HIV/AIDS live in the region.

A number of reasons factor into this unequal distribution. Studies have shown that women are twice as likely to contract HIV from unprotected intercourse as men, suggesting that women have a greater susceptibility to the virus. Widespread instances of gender based violence and rape in sub-Saharan Africa further compound the prevalence rate. Armed conflict and patriarchy make for a lethal combination because many women who are coerced or forced into sexual acts are not given a choice on whether or not to use a condom.

Infected mothers, moreover, can potentially pass on the virus to their offspring – thereby perpetuating the cycle of HIV/AIDS and the havoc it wreaks upon lives. MAF seeks to address these issues by working with partner organizations to prevent sexual assault closely linked with HIV/AIDS epidemics. Through From Our Lips, MAF provided the National Network to End Domestic Violence with a $100,000 grant to educate advocates on the correlation between sexual violence and the spread of HIV/AIDS.

Through Viva Glam and MAF, MAC and its celebrity endorsers have transcended superficiality to put a spotlight on the inner beauty of compassion – emphasizing everyone’s right to lead a happy and healthy life, regardless of gender or health.