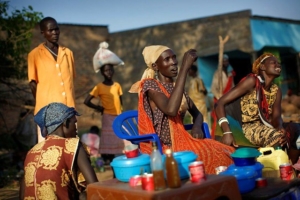 After years of violent conflict and civil war, many South Sudanese are suffering from mental health problems caused by trauma. With little to no government funding and cultural stigma attached to psychological health issues, thousands of people struggle to cope and heal from decades of war. USAID’s program Viable Support to Transition and Stability (VISTAS) is working to bring healing and restoration to the war-torn people by conducting trauma awareness workshops.

A History of Conflict

South Sudan, the youngest nation in the world, declared its independence from Sudan in 2011 after years of civil war and fighting. Only two years after gaining independence, conflict once again erupted in South Sudan, this time between the infant nation’s president and vice president, leading to a civil war that lasted for five years. Around 400,000 South Sudanese people lost their lives during the war, including women and children, while many more suffered unthinkable traumas and hardships. According to UNICEF, three-quarters of South Sudanese children have never known anything but war, and as many as 19,000 of them were kidnapped or recruited to join armed groups. Numerous accounts of South Sudanese women being sexually abused and raped by opposition forces circulated throughout the war.

Although the fighting has officially ceased, South Sudan’s restoration is just beginning. Years of violence and trauma have left their mark on the mental health of many in the nation. Although data is limited, several studies show that the conflict has had a severe effect on the mental health of South Sudanese civilians and soldiers alike. Nearly 41 percent of respondents in a survey conducted by the South Sudan Law Society and the United Nations Development Program (UNDP) showed symptoms of post-traumatic stress disorder (PTSD). The South Sudan Medical Journal reported that PTSD, depression, anxiety and substance abuse are major health issues impacting the country. However, the conflict-riddled nation not only lacks the resources to bring healing and help to those suffering from trauma, but it also struggles to remove cultural stigma and shame from mental health problems.

In 2012, South Sudan’s Deputy Minister of Health, stated, “The situation is very rudimentary in terms of mental health,” and “There are so many people suffering because of post-war trauma.” Today, mental health in South Sudan is still severely under-resourced, with its 2017-18 budget allocating only two percent to the health sector, none of which was appropriated towards mental health care.

“We define trauma as a wound. It is when something shocking or abnormal happens in your life, and it overwhelms you and you don’t know how to respond,” said Thor Riek, a 32-year-old South Sudanese man who struggled to cope with trauma from his days as a child soldier. Now as a trainer for VISTAS trauma awareness workshops, Thor not only has gained the tools he needs to respond and recover from past trauma, he now shares these practical tools of healing with other South Sudanese who are also suffering from trauma-induced mental health issues. Thor hopes the workshops will give participants “a narrative that can move them forward from the cycle of violence and begin to walk on the healing journey.”

In 2018, VISTAS workshops engaged 6,452 community members in different types of trauma awareness sessions. As South Sudan works to put years of violence and war behind them, programs like VISTAS’ trauma awareness workshops bring restoration and healing to a once war-torn people, inspiring a hopeful future.